The Undertaker is Over. Not in the Way You’re Thinking, Though. 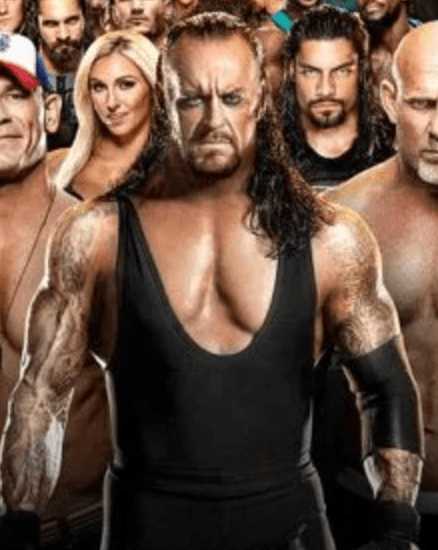 Spoiler alert: This is NOT what The Undertaker looks like in 2017.

When you say someone is “over” in pro wrestling, that’s usually a good thing. “He’s so over with the fans” means that he’s getting a big reaction and they’re clamoring to see more.

Let’s be clear – that’s not what I mean when I say that The Undertaker is over. I’m saying he’s over like shell art is over.

In 2010, I sat ringside at WrestleMania XXVI with my brother. It was a dream come true – our first Mania – and we were watching two of the greatest ever battle as HBK faced The Undertaker for the second year in a row. One career came to an end that night as the door closed on Shawn Michaels. Another career came ever closer to its finish, as well – but little did we know that 7 years later, The Undertaker would still be doing his thing. Should he still be doing it, though?

Again attending with my brother, I remember looking at each other and realizing about 10 minutes into Taker’s match that we were both thinking of making a run to the restroom. Yes, folks – The Undertaker vs Brock Lesnar became a ‘piss break’ match for us. We came back, didn’t miss a thing, and The Streak came to an end before our eyes. We figured it may happen one day, but in such a lackluster fashion as that? Yikes.

To be fair, it’s been said that Taker suffered a concussion early in that match, and powered through it all – carried by Brock Lesnar, who was arguably not ready to take on that role, but had no choice that fateful day. But still, a boring match and the end of the biggest thing The Undertaker had going for him? It must be time for him to call it quits soon, right? 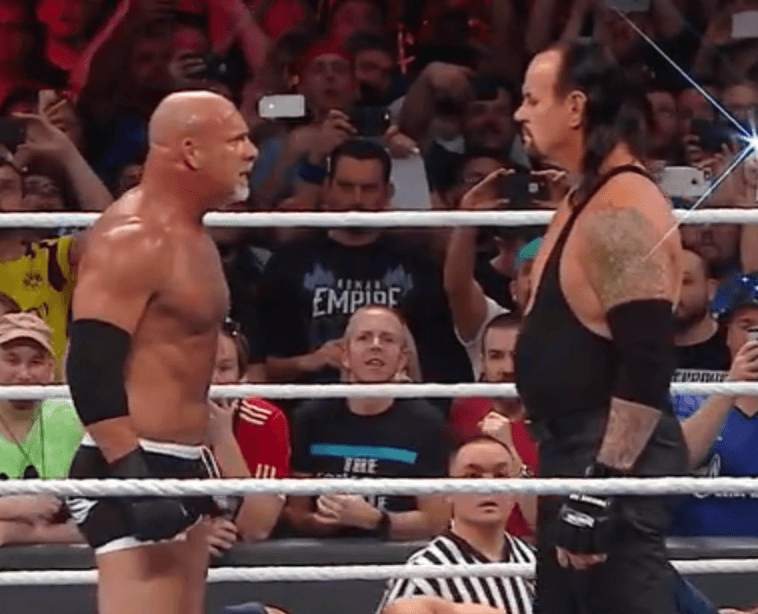 Three years later, multiple surgeries, and plenty of holiday meals later… he’s still at it. But why?

Yes, it’s an amazing thing to witness The Undertaker’s entrance. The lights going out. The music. The lightning and pyrotechnics. The aura of The Dead Man. But then he gets in the ring, and we reminisce in the wonderful things he did in the past. And we get just a taste of it.

When he showed up at the 2017 Royal Rumble, it was exciting to see him just ‘appear’ in the ring across from Goldberg. But then he started to move, and you quickly remembered that this is The Old Man, not The Dead Man. He seemed lost at times – forgetting who he was supposed to move onto in his sequence of eliminations. His offense looked lazy and uninspired. He appeared out of shape, and I almost wondered if it would have been better if he wore a loose t-shirt over his singlet. I expect certain old wrestlers to be out of shape as they age – hell, they’ve earned it if they want to let themselves go – but Taker carries a certain mythos that makes us not want to think of him as just a regular old man.

I hate to speak ill of the legends, but I’m over The Undertaker. I think his career is in danger of becoming tarnished if he keeps trying to drag things out. Maybe it’s not all his choice. Maybe he’s leaving the door open to Vince to call upon him – in which case, I’d hope Mr. McMahon sees what I’ve been seeing and stops making that phone call.

I don’t want to remember The Undertaker for looking terrible and being the ‘piss break’ match. (There’s a danger of that happening again this year, as he’s rumored to be booked against Roman Reigns… No thanks times two!) I don’t want to see Taker do what so many other legends did in the twilight of their career at WCW and even TNA. I want to remember him finishing off Shawn Michaels, going to war with Triple H, and being the big scary bad ass he always was.

We used to chant ‘please retire’ at Big Show, but that was more in jest towards his poor booking. I could never chant that to Taker’s face (he’ll always be scary even if he’s started to look a bit like Frasier), but I’ll sit behind my keyboard and make the plea. Don’t kill your legacy, Dead Man.

The Tussle for Tickets

By Darrell Johnson on March 22, 2010 in Wrestlemania XXVI

Hello, fellow rasslin’ fans. It’s been awhile since I’ve spoken to all of you; for that, I’m sorry. Since this is the week of Wrestlemania XXVI, I felt I had to break my silence and take part in the great wonderland of blogging about pro wrestling.

Specifically, what drew me out of the network of caves and tunnels I call home was a post I happened upon on Craigslist:

When I saw that listing, I decided that I couldn’t pass it up. Why? First of all, I stupidly neglected to get Wrestlemania tickets of my own. Yes, I know, I live in Phoenix and I have no excuse. Stop badgering me. Secondly, I consider myself a student of the sport of wrestling, so I think I’ll be ready for whatever combat style this weirdo might have. I’m smart, flexible, and I don’t cotton to nonsense. And finally, I have an extra ten grand kicking around from a recent inheritance, so if I somehow lose the match, it won’t be a huge loss. I can pay off student loans later; this is important.

So, mystery Craigslist poster, I’m calling you out. I’m throwing my hat, my jock, and my money into the ring. I just need to know a few things first. For instance, are you for real? I’d hate to do all my stretching, strap on a singlet, and oil myself up only to find out that this was an elaborate plan to have sex with me. This being Craigslist, you’re going to have to prove that sex-offending isn’t one of your motives.

Perhaps an even better question to you, sir, would be about the tickets themselves. How did you get them, and why are you so willing to part with them? Are informal wrestling matches so hard to arrange that you have to offer valuable prizes to find any takers? Did everyone back out of your wrestling club because you took it too seriously? I envision a long-time friend taking you aside and saying, “Look Lenny [I decided your name should be Lenny in this scenario], we’re grown men. I just had a hernia operation and can’t practice suplexes with you anymore. Personally, I got tired of it by high school. We’re worried about you, Lenny, and if you keep this up, you’ll have to find a new group of friends.”

At the moment, it appears that you’re either a sex offender, or you’ve recently lost all your friends. Are either of these good assumptions on my part? Regardless, I await your response, O masked clown. Feel free to comment on this post or email me directly. Consider the gauntlet thrown.

By Joshua Schlag on March 11, 2010 in Wrestlemania XXVI

Volunteering is a great way to feel like you’re making a difference in sports / entertainment / sports entertainment that interests you!

I’m more likely to be playing the role of tourist at most of these events, but if you don’t have other plans, I urge you to volunteer!

By Joshua Schlag on February 24, 2010 in Wrestlemania XXVI 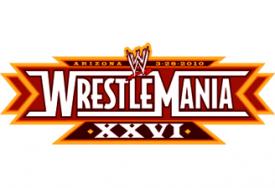 University of Phoenix Stadium has posted some great information on their website, in regards to this year’s WrestleMania.

In particular, I was looking for some information regarding parking. It will be general parking or VIP, with passes selling for $20 and $50, respectively. These can be purchased in advance or upon driving up in cash. Personally, I’ll be ordering one so I don’t have to worry about it when the day comes.

You’ll have to fill out a form and fax or email it. Kinda old school, but it works… Here’s a link to the PDF form:

By Joshua Schlag on February 21, 2010 in Commentary, Predictions, Wrestlemania XXVI 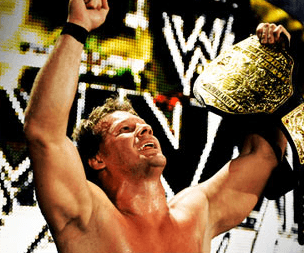 Not going to lie.. overall, I was not impressed with tonight’s PPV.

Both Elimination Chamber matches delivered, and The Miz put on a good match against MVP. Everything in between was horrible. I’m going to get the complaining out of the way, as there was a lot of good stuff tonight that I’d like to talk about as well, so please bear with me..

After a solid finish with a believable tap out by Triple H to give Cena the title, Vince came out and gave the belt away to Batista. Yes, Batista. Why, dear God… why??? The world’s most uninteresting man now holds the WWE title. Lame.

After that, I think there was an Intercontinental Title match.. some Scottish guy and Kane. Borrrrring. We ended up watching the US Hockey Team take it to the Canadians in the meantime.

I wasn’t the only one who was bored with the whole thing.. JTG via twitter during the PPV: “PF CHANGS here I come!!!!!”

The Divas match was a travesty. No title on the line, boring tag match. What’s the point? Are they trying to put us to sleep before the second Chamber match?

Then William Regal (still the 2008 King of the Ring, in case you forgot) and Edge come out to promote the Monday and Tuesday television shows. Really? I mean… really?! Come on, WWE – people paid good money to watch this, and this is what you deliver? Disgusting. Though.. it was fun to see Edge spear Regal.

Luckily for us, The Miz decided that he’d save the PPV – he and MVP put on a solid match. Yes, I said that The Miz saved the PPV’s momentum and got us ready for the last match. Hey, who’d have thought he’d have three belts, anyway? Anything is possible… I’m just waiting to see him with a fourth belt.

Finally, the last match came through and granted all of our greatest wishes. Jericho won the title, and the WrestleMania card… well, let’s put it in the words of Alter Bridge: “On this day, I see clearly…”

Here’s my updated WrestleMania XXVI card… I dare WWE to prove me wrong, because it is AWESOME:

I’m so excited for WrestleMania!