Old School is New School in WWE, Part 1 of 2

Everything old is new again!

They say that there’s no such thing as an original idea in wrestling. That was my first thought when I saw the Bray Wyatt vignette last week on Monday Night Raw. Wyatt, clad in a Hawaiian shirt with a Southern accent, brought back memories of a character that never really got the chance that it deserved, the southern “gentleman”, Waylon Mercy. While it’s true that Wyatt is more of a cult leader type figure and is deranged in a different sort of way, the character is a clear homage to Mercy. I was somewhat shocked that he didn’t end with the phrase “Lives are going to be in Bray Wyatt’s hands. You know what I mean?” with the way that Vince likes to hit us over the head to get a point across.

This got me thinking about the new crop of Superstars that have come up over the last year or so. What are their most comparable figures? In some cases, such as Wyatt (I mean, have you SEEN his promos on Youtube?!?! The guy is phenomenal), I think that the new version has a chance to far exceed the predecessor. In others, I’m not so sure. This just screamed “blog post”. Since it was the starting point, I’ll just start with Wyatt. 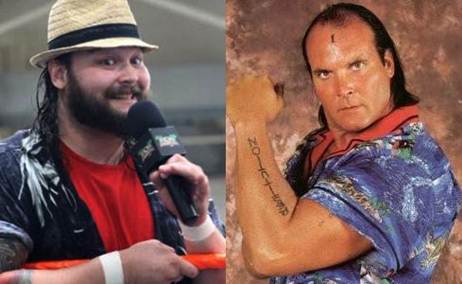 Superstar: Bray Wyatt
Comp: Waylon Mercy
Waylon Mercy was a character that, while intriguing, never really got its footing. Dan Spivey was a good wrestler, but he didn’t quite have the charisma that Wyatt has. Everything that Wyatt says exudes the confidence of an insane man who believes his path is righteous. I’m not quite sure where they are going to go with this character, but I am sure that it will be compelling. As we’ve discussed on the podcast, Wyatt’s place will likely ultimately be as a manager, but I’m excited to see how it plays out. Spivey got hurt and the Waylon Mercy character never really got a chance. With Wyatt, even if he gets injured, he will still lead the family to great things. Verdict: Wyatt

Johnny Curtis is a creepy man. The way he walks, the way he talks… he just oozes sleaze. While Joey Ryan in TNA is an obvious comparison, he is more of a goofball. Fandango makes me feel a little uneasy in a way that I haven’t felt since Dustin Runnels first became the Bizarre One. When Fandango “breathes in the A’s” and tells people not to forget his name, I certainly am reminded that I never forgot the name, “Goldust.” While the character peaked many years ago, I think that it tapped into the psyche of fans in a way that nobody has since. While I love the potential of Johnny Curtis in the ring, I never see him quite attaining the same level of intrigue. Eventually, he will be Fandangoing into obscurity. Verdict: Goldust 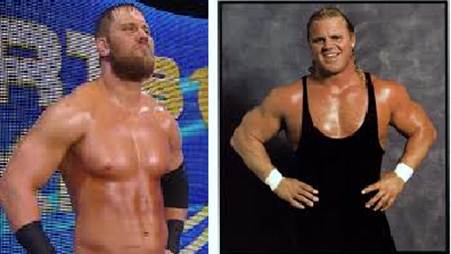 Superstar: Curtis Axel
Comp: Mr. Perfect (like there could be any other one at this point :-p)

From one Curtis to another (in the business they call that a segue kids!). This time we’ve got “Mr. Perfect” Curt Hennig and his son “Curtis Axel.” Quite simply, Mr. Perfect was a character that was ahead of his time. Nobody can forget the vignettes of him unbelievably being perfect at every sport that he tried. Between that, the fact that he never failed to swat his gum perfectly into the stands with each entrance, and that he worked with the great Bobby Heenan, his was a character destined for stardom. In fact, he was so good that, even as a kid, I couldn’t look past that and boo him even though he was supposed to be the bad guy. I never failed to use him in the various WWF Super Nintendo games and could talk all day about how much I loved the Perfect Plex. The fact that he was never WWF champion speaks more to the day that he wrestled in than his ability and his legacy (as will be discussed in a review of the Mr. Perfect DVD by Billi soon on this very website) is well cemented. Even though his son will likely win more titles and will likely follow a similar all-time great manager in Paul Heyman to early career success, it will be very difficult to live up to the legend of Mr. Perfect. I just don’t see it happening. Verdict: Mr. Perfect 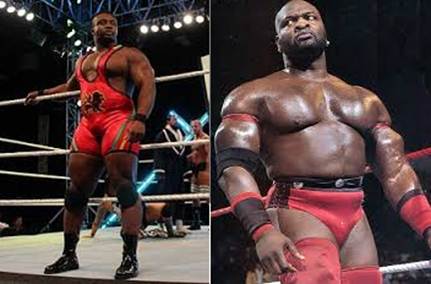 Just as Bryan asks on our podcast, “Why all the brothas gotta be in Cryme Tyme?!?” you might similarly ask “Why all the jacked brothas (note: not fat… I’m looking at you, Mark Henry…) gotta be called Ahmed Johnson?” Honestly, it’s a fair point. In reality, though, there just aren’t that many talented African American men who’ve been given a fair shake. Bobby Lashley was a consideration, as was Ron Simmons, but the character we’ve seen for Big E thus far most closely compares to Johnson. He hasn’t said much, he’s just been billed as a beast (while being a bit green in the ring) and run through guys until he got thrown in with Del Rio. These are where the comparisons end, though. While he hasn’t been given much of a chance to speak on tv, his Twitter account shows that he’s funny, thoughtful, and should have no problem building an interesting persona. Johnson, quite frankly, was an idiot. Once his shortcomings became obvious and people latched on to mocking him, he went away. Big E, on the other hand, should only continue to grow and, with his build, I think that there are “Big” things ahead (see what I did there?). Verdict: Big E Langston

With that, I wrap up Part One of my look at current Superstars in the context of historical comparisons. At this point, we are 2-2. Agree with my comparisons? Have some of your own? Disagree with my verdicts? I’ve stuck mostly to the wrestlers of my childhood, but are there some in a different era that you see as being apt, as well? Give me a shout! I’m interested to see what some of you come up with.

Next week, I will continue my retrospective by taking a look at the team that has taken the WWE by storm since Survivor Series, the Hounds of Justice… The Shield!

I have been a wrestling fan for over 25 years and have been a devotee of WWF, WCW, and ECW. I attended live events for each of these companies and has been to multiple PPVs. As a fan of the ridiculous and crazy sides of wrestling, I love Stranglemania 1 and 2 and somewhat miss the days of both Sabu and the Mountie. I also love the storytelling and technical sides (when done well) and my favorite feud of all time is Shawn Michaels and Chris Jericho. A Tensaite and Fandangoon, I make sure to get into Beef Mode every Monday night!
View all posts by Adam Hess →