By Joshua Schlag on September 26, 2012 in Podcast, RAW, The Steel Cage Podcast, WWE

There has been much talk in sports, both professional and fictitious, about the integrity of replacement referees. Just as Monday Night Football closed with controversy, Raw opened by addressing their own controversy. In addition, Kane and Daniel Bryan visit a diner and pay tribute to When Harry Met Sally, and Mick Foley dominated the mic. And never fear Tensai fans, we overdo it once again… 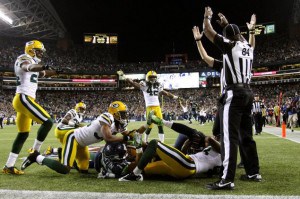