CJAE 59: My Favorite Feud – The Hart Foundation vs. The British Bulldogs!

By Jack Sullivan on May 4, 2018 in Captain Jack's Armbar Emporium, Nostalgia 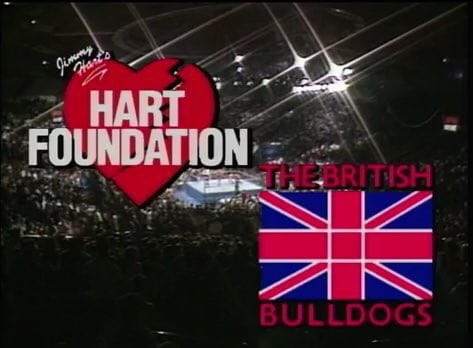 Captain Jack (@JackHeartless) is back, and so is My Favorite Feud!  This week, the mastermind behind AndrogynArt, Jesse Ledina (@AndrogynArt) stops in to talk about the Hart Foundation vs. the British Bulldogs, and how their rivalry encapsulates so much of what it meant to be a fan during the golden age of the 1980’s.  From VCR’s to Saturday mornings to LJN’s to DIY belts, this episode’s a total trip in the way-back machine.

Also, we talk about how this era influenced Jesse’s art, especially his upcoming show, Nostalgia 2018: Deja Vu, at Earth-2 Comics in LA on May 11th.

As Mean Gene used to say, “Doncha dare miss it!”