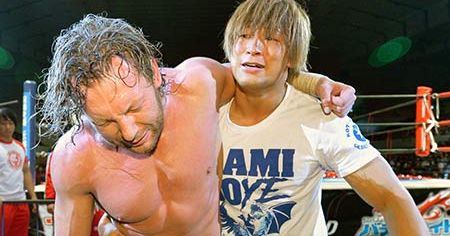 In the wake of a gigantic weekend of shows and a 20 minute sellout for Strong Style Evolved, Captain Jack (@JackHeartless) is back, and is joined by the returning Chris Damasceno (@BrasilianFury) for a discussion of  all things New Japan Pro Wrestling. They break down both nights of the New Beginning in Sapporo, including the continued evolution of Our Large Son, Katsuya Kitamura, the renewed vim and vigor of Murder Dad Minoru Suzuki, his MOTY candidate against Tanahashi, the beauty of the rematch between Roppongi 3K and the Young Bucks, the shocking triumph of Switchblade, and the best happy ending in wrestling since Randy & Liz: the reunion of the Golden Lovers.