By Joshua Schlag on March 13, 2017 in Lists, The Steel Cage Channel on YouTube, WWE 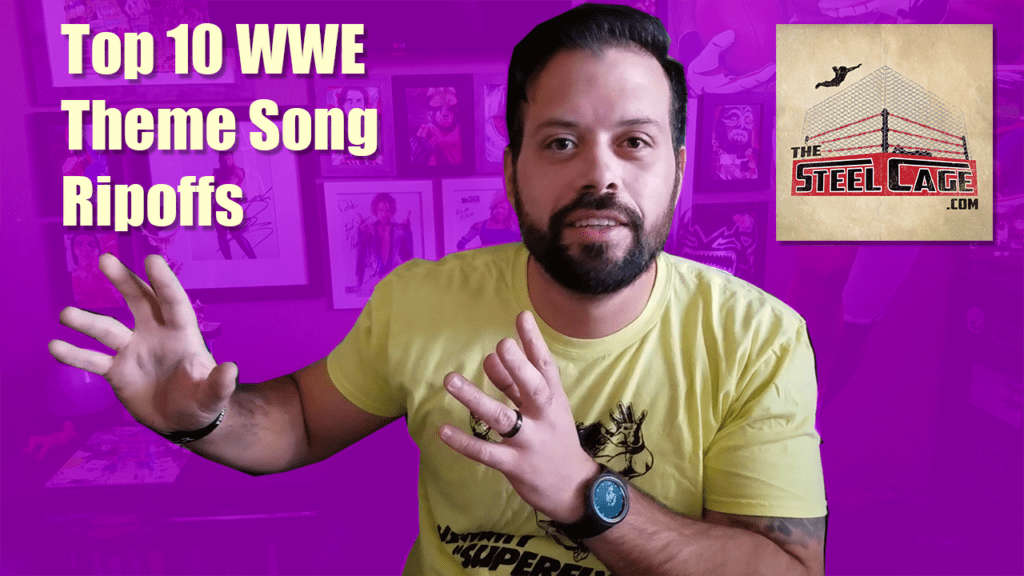 Derek lays the smack down on WWE Music and their lack of originality with theme songs these days. But as they say, imitation is the sincerest form of flattery, so does it really matter?

Whether you say these songs are inspired homages or cheap knock offs, you’ll probably be surprised by some of the songs on this list!

What did we miss? There are plenty more examples, both from current and past wrestlers. Stay tuned for a follow up video to this one, for sure…