By Joshua Schlag on September 14, 2016 in Cruiserweight Classic 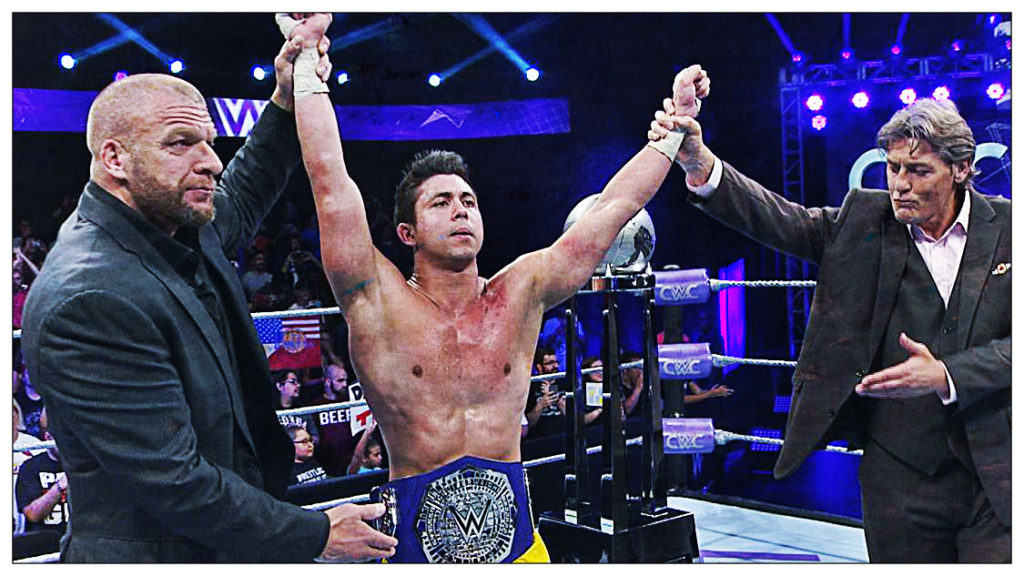 Enough can’t be said for TJ Perkins’ big win in Orlando this week. Most of our first exposure to him was as Manik in TNA. After being impressed with his work under the mask, I saw him perform in Reseda, California as a part of PWG. I guess it was just a matter of time before he’d find his way to WWE. Now, he’ll be debuting on RAW this coming Monday as a champion. Crazy.

Major props as well to Gran Metalik for making a name for himself among WWE fans. Both of those guys stood strong and looked amazing as they went over tournament favorites Zack Sabre Jr and Kota Ibushi. So much talent in this thing, and particularly in the final four – I’m glad WWE did this thing the right way, and I’m looking forward to what’s next!

That all said… Who won our bracket challenge? Shout out to the man behind The Steel Cage logo, Danny of 6 for 6 Productions – the only one to pick TJP from the beginning! I’m happy to say I had him in my final four, but my brother went all in, and wisely so. Well done, sir.