Adam and Jared preview the Money In The Bank pay per view and mix in some commentary on Raw. Topics include Bob Backlund, how great AJ has been, Jared has a special message for Vince, and what they would like to see come out of the pay per view. 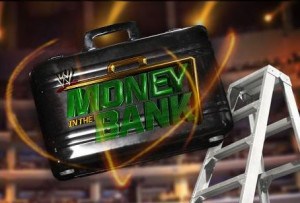 The Super Jew of the steel cage I was a wrestling fan at a young age; to the point my stuffed Hulk Hogan and bear where the victims of an excessive amount of power bombs and piledrivers. Really got locked in during the DX and NWO years but faded out when Rock and Austin left and WCW folded (god they were bad at the end). I tend to get angry at continuity errors and general ridiculousness. Stone Cold and Undertaker are two of my all time favorites and a good Rock promo still makes giddy. You can follow me on twitter @superjew75
View all posts by superjew75 →

Podcast Episode 26: The Summer of AJ
Money in the Bank Predictions