The Road To Wrestlemania XXV

By Joshua Schlag on January 26, 2009 in Commentary, Predictions 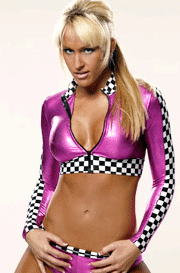 – Jack Swagger had a solid (and clean) victory over Matt Hardy, raising my suspicions that WWE has new plans for Matt – confirmed just a bit later in the night..

– Melina might deserve the WWE Women’s Championship, if only for the reason that she is so flexible that Beth Phoenix pulled the “why are you hitting yourself? stop hitting yourself” routine with Melina’s own foot to the back of her head. You had to see it.

– The writers missed the mark on a perfect match ending, when the referee stayed knocked out for just a bit too long after HBK superkicked both JBL and Cena. Though, to be honest, a JBL championship right now wouldn’t necessarily have been a good thing. Meh. By the way, did you see The Undertaker confront HBK? I smell a possible Wrestlemania matchup, and it could be an amazing “return” of The Showstopper!

– So yeah, the Heavyweight Title match. Jeff Hardy looked about as stupid as ever with his face paint, and he rightfully lost the title. Two interesting things in this match. 1 – Jeff nearly faceplanted on the side of the table when he screwed up a jump off the ladder. How does that even happen??? If anybody knows how to jump off of a ladder properly, I would think it would be that guy. 2 – Matt Hardy’s heel turn. I saw it coming, and I’m glad it happened. Lots of people were expecting Christian to make his WWE return during this match, but I like the Hardy vs. Hardy implications a lot more. Christian will be able have a solid impact, and it doesn’t have to involve the Hardys.

– Randy Orton won the Royal Rumble and nobody was surprised. The match itself did not disappoint, and was exciting as any other Royal Rumble main event. To make it even better, we divided up competitors at random and pooled together a cash prize for whoever had the most eliminations. I did not win. My team? Kofi Kingston, Ted DiBiase, The Miz, and The Brian Kendrick. Yeah, I know.

– BTW, make sure and check out the Divas photo shoot over on WWE.com. I need a tissue, to wipe up the uh, drool.