The Grand Daddy of Em All has come and gone! We had a great time watching and want to get a few thoughts out of our system before Raw goes on the air.

And to a lesser extent: Katie (@katie_meyer)

The Road to WrestleMania comes to an end as we finally get to see it come to a head this Sunday! Finally! Finally…

Hosted this week by Jared ‘The Jew’ (@SuperJew75)

By Joshua Schlag on July 2, 2011 in Commentary, WrestleMania XXVIII 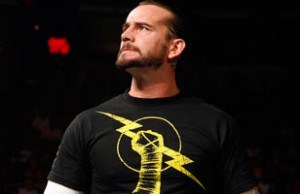 WWE is always scrambling in the summer months, still trying to recover from their WrestleMania hangover, where you’re likely to see stock prices drop, only to start moving back up as the next “Road to WrestleMania” begins the following year…

This year, they took a big chance on announcing next year’s WM Main Event: The Rock vs. John Cena. I like this in some ways, but in other ways it’s unfortunate. It takes some of the build up out of the equation, as we know one third of what is ultimately going to be another triple main event has already been decided. (The other two thirds are the World Heavyweight Championship and the Undertaker Streak match). In my opinion, they “shot their wad” a bit early, and the build up has been left to Cena and Rock tweeting insults back and forth every few weeks. Still cool, but not gonna drive ratings and won’t get people excited. After all, it’s all about ratings and PPV buys!

The other big story that’s been out there in recent months is that CM Punk’s contract would be running up this July (now only a couple weeks away). Folks have been speculating on whether he’d re-sign, whether he’d jump ship to TNA or ROH, or whether he’d just take some time off like Chris Jericho likes to do. Truth be told, the answer to that question still seems to hang in limbo. WWE took the internet speculation and let CM Punk run with it. It’s now become the most exciting thing to happen on Raw in a long time. The Nexus Invasion was awesome, but doesn’t even compare.

CM Punk saw his opportunity, and he reached out for more than just another one of Vince’s brass rings… you could say this is his “Austin 3:16” moment: