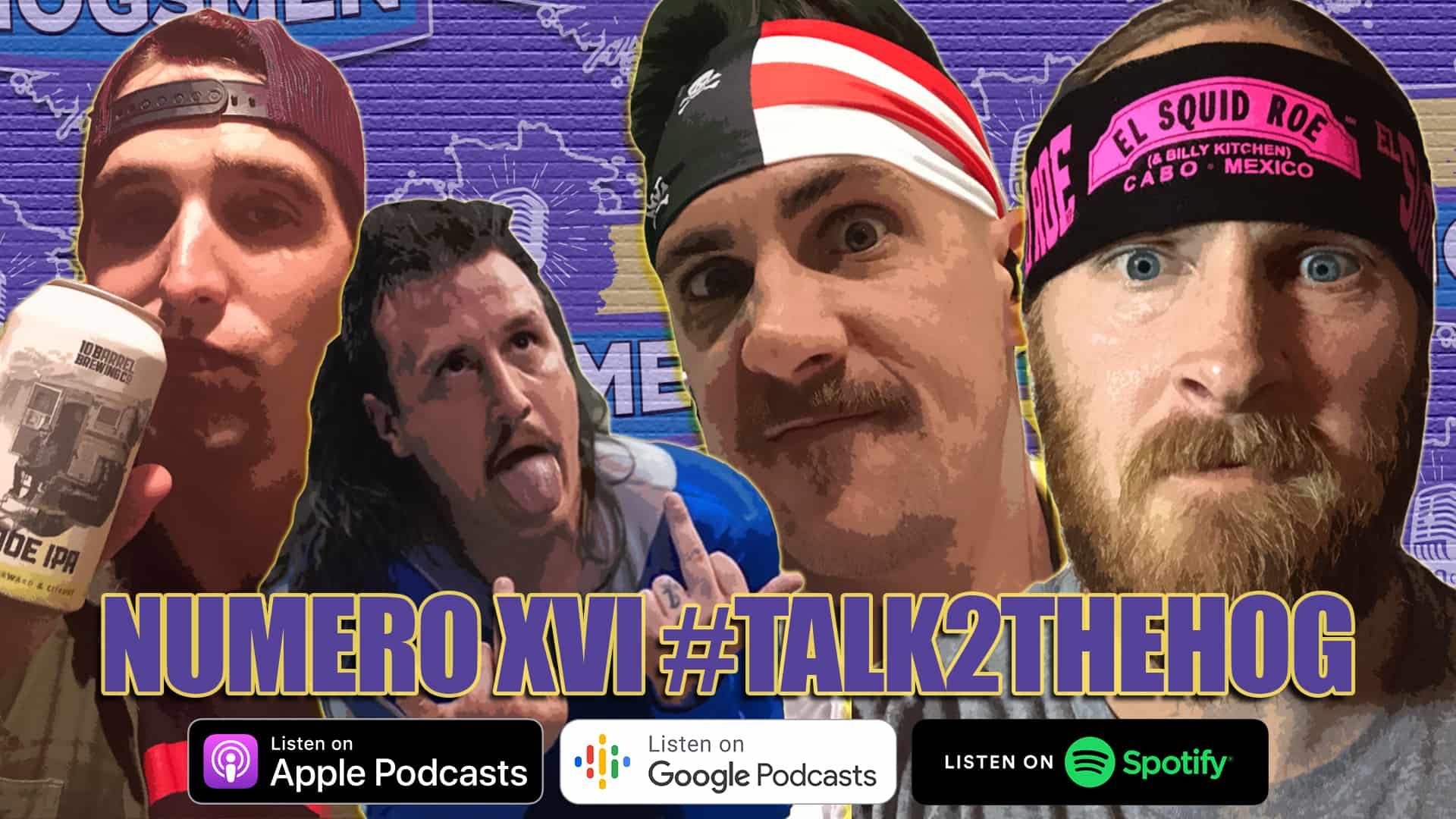 The Quarantine Saga continues as The American Kaiju Devin Sparks and El Numero Uno Mike Camden setup shop in their respective residences to talk wrestling, personal experiences, and whatever else is going on…and SoCal’s resident redneck Hunter Freeman is hanging out as well.

This week we’re joined by the man formerly known as Lars Only…you’ve seen him in TNA, Championship Wrestling From Hollywood, PWG, and Bar Wrestling: Johnny Yuma. Our first guest to openly admit to shitting himself in the ring “a couple times”, Yuma walks the Hogs through the earliest moments of his career including living at the SoCal Pro house in Solana Beach, his in-ring debut as “Surf’s Up” Johnny Mahalo, and PWG matches alongside RockNES Monsters’ co-hort Johnny Goodtime. Plus: Yuma nearly gets murdered by Kevin Steen, nearly gets in a shoot fight with Flip Gordon, and nearly sleeps on the street with Scorpio Sky. A former booker at CWFH, Yuma gives advice to young guys on getting gigs once quarantine is over; he and Mike on the importance of a quality 6-minute match.