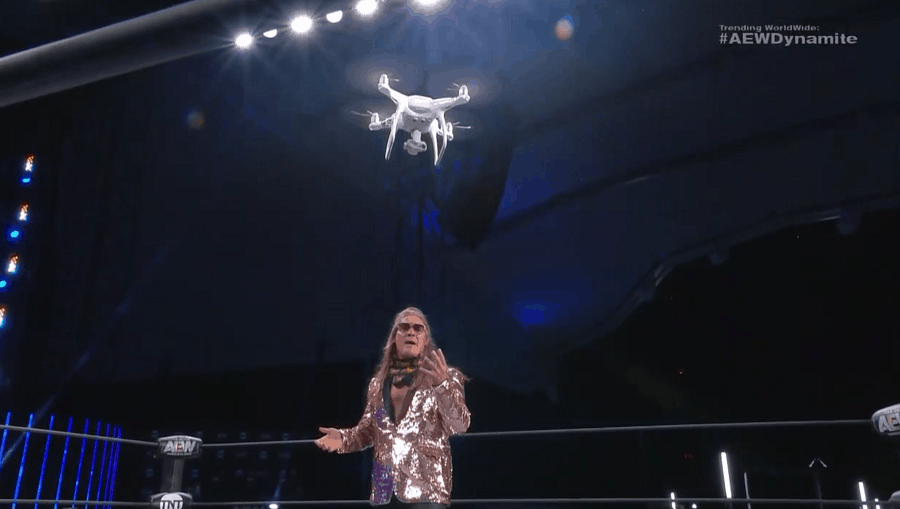 I mean, seriously. Who yells at a drone?

We’re all going a little stir crazy. But thankfully, AEW and NXT have decided to step up their games in the midst of shelter-in-place orders, quarantines, and the like. We break down some of our favorite moments from the last week or two as we all prepare for whatever the heck WrestleMania is going to be.

Also: Assuming Goldberg isn’t part of the high-risk elderly group, what do you think the odds are he retains next weekend? If you’re curious, you can find the odds over at SBD. Take a look if you’re interested, and stay tuned as we’ll be breaking down the whole two-night card next week!