By Derek Montilla on February 28, 2020 in Derek and Tim Eat Snacks, Podcast 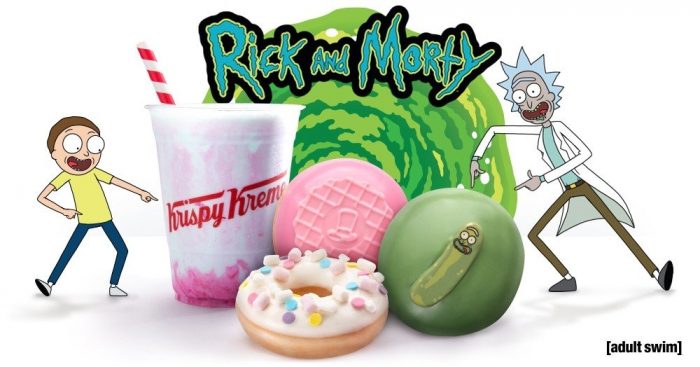 This week on the DATEScast, Tim and Derek are in the same place at the same time. While they have been brought together by their love for snacks and their hatred of Nazis in the past, they’re brought together this time by their friend ‘A-Bomb’ Adam Hess. Their very own “Uncle Traveling Matt” has lived an adventure filled life, while our heroes have lived a cream-filled life. However, these two factors come together as Adam has supplied this week’s snack all the way from down under. We are picking, eating, and rating a limited edition snack only available in Australia for some unknown reason, Kripsy Kreme Rick & Morty Donuts.