By Derek Montilla on October 31, 2019 in Derek and Tim Eat Snacks, Podcast 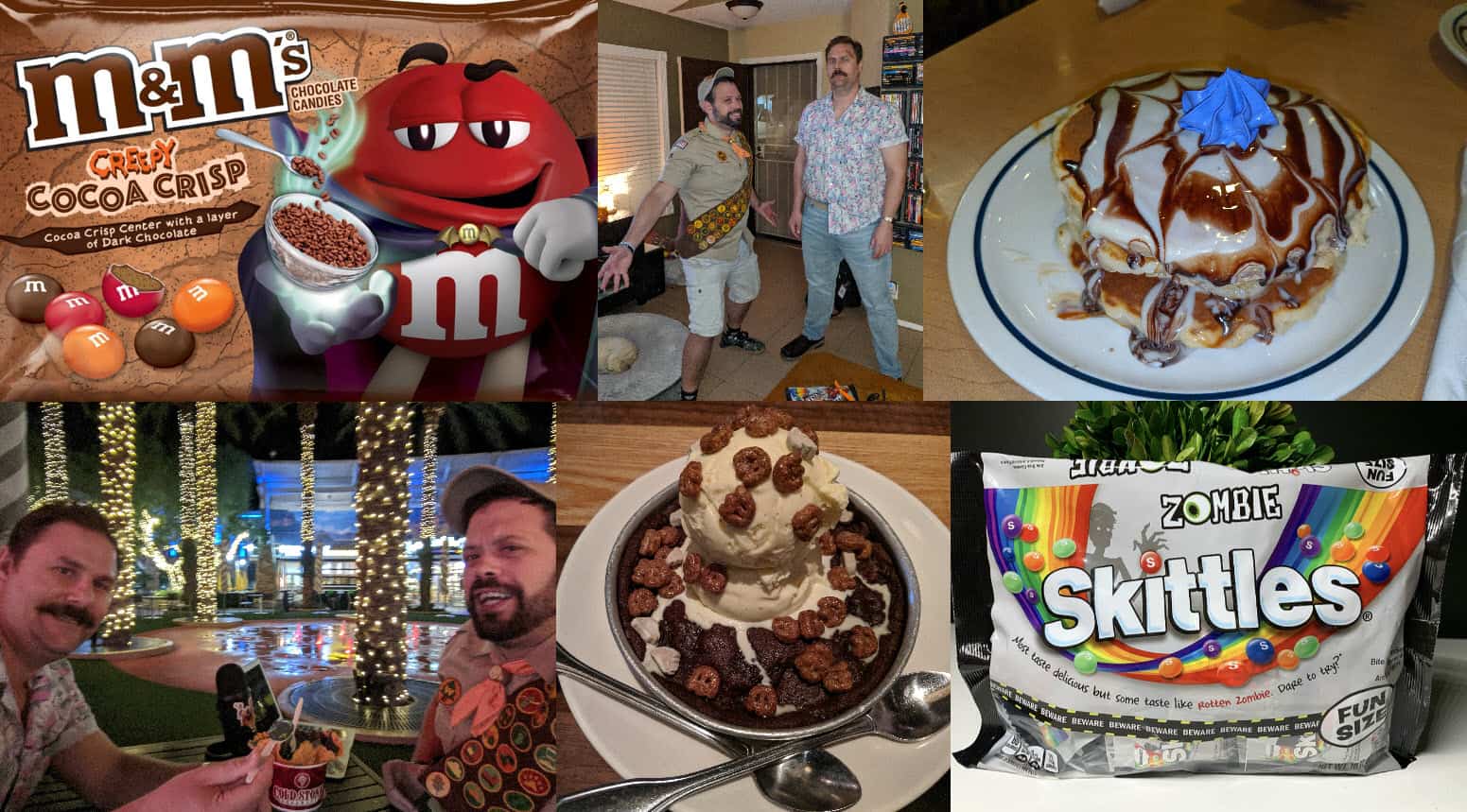 This week on the DATEScast, it’s time for our annual HALLOWEEN SPOOKTACULAR! Our gruesome twosome Grim and Scarek don’t even have time to banter because they have been procrastinating. Instead of celebrating and rating delicious Halloween treats throughout October, our snackologists are fitting an entire month’s worth of reviews INTO A SINGLE NIGHT. Tim picked it, so you know the rest. We are PERing Wednesday’s Webcakes from IHOP, the Boo Batter Trick Or Treat Creation from Cold Stone Creamery, and the Count Chocula Pizookie from BJ’s Brewhouse! Oh, and just for fun, we are also rating Creepy Cocoa Crisp M&Ms and Zombie Skittles!! Why would we do this? And why were we actually dressed up as Hopper from Stranger Things and Russell from Up? WE DON’T KNOW!