By Derek Montilla on October 11, 2018 in Derek and Tim Eat Snacks, Podcast 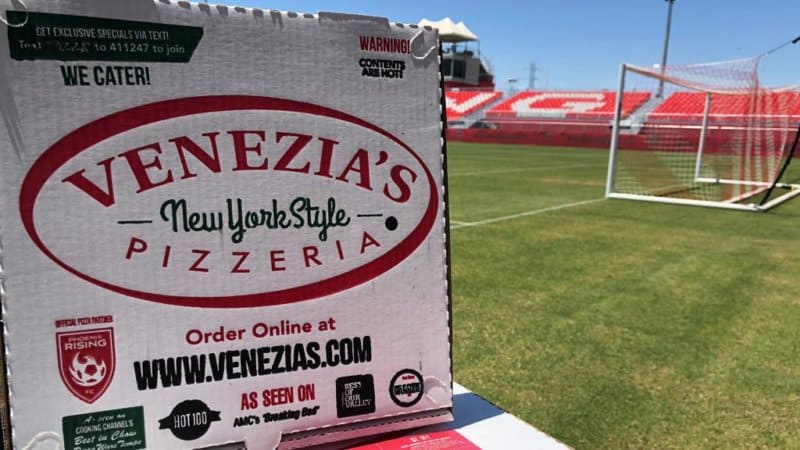 This week on the DATEScast, our snackologists are honored to be invited by the Phoenix Rising FC, Phoenix’s first place USL soccer team, to PER LIVE from this past Saturday’s game against Reno. The duo had to traverse a Donkey Kong-esque setup that included climbing ladders in a press box to rate this week’s snack, The Mala Pizza. The Mala by Venezia’s Pizza (yes, from Breaking Bad and yes, pizza can be a snack) is named after the Phoenix Rising FC’s stars Doueugui Mala and has toppings that sound like you got one of everything at a sporting event. Find out now if the rating was worth the climb on this week’s DATES.