By Derek Montilla on August 15, 2018 in Derek and Tim Eat Snacks, Podcast 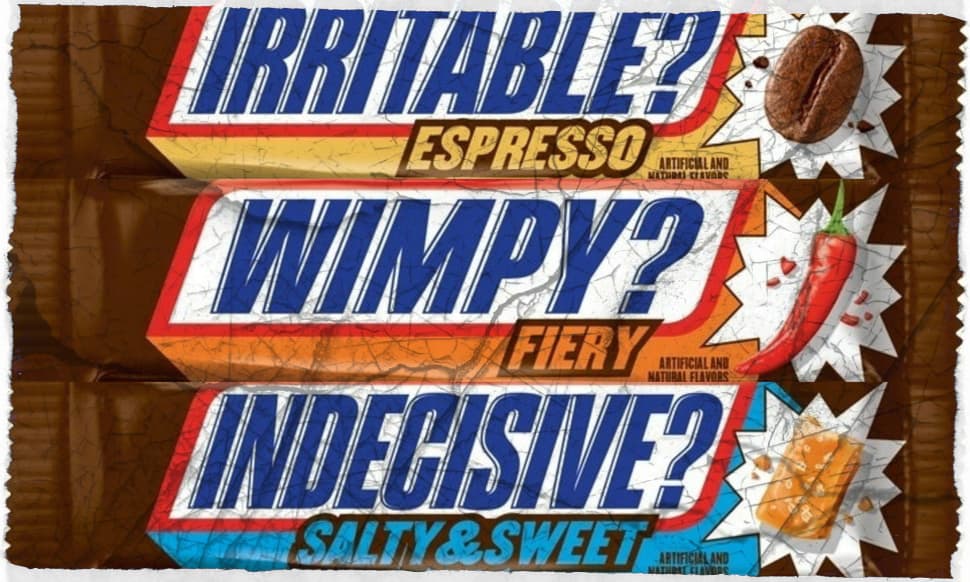 This week on the DATEScast, Derek and Tim are feeling a bit irritable, indecisive, and even a little wimpy. So even though snacks can’t actually be prescribed because they’re…you know…snacks (unless they contain marijuana), Tim and Derek take a heaping dose of Snickers bars when they pick, eat, and rate Espresso Snickers, Salty & Sweet Snickers, and Fiery Snickers.