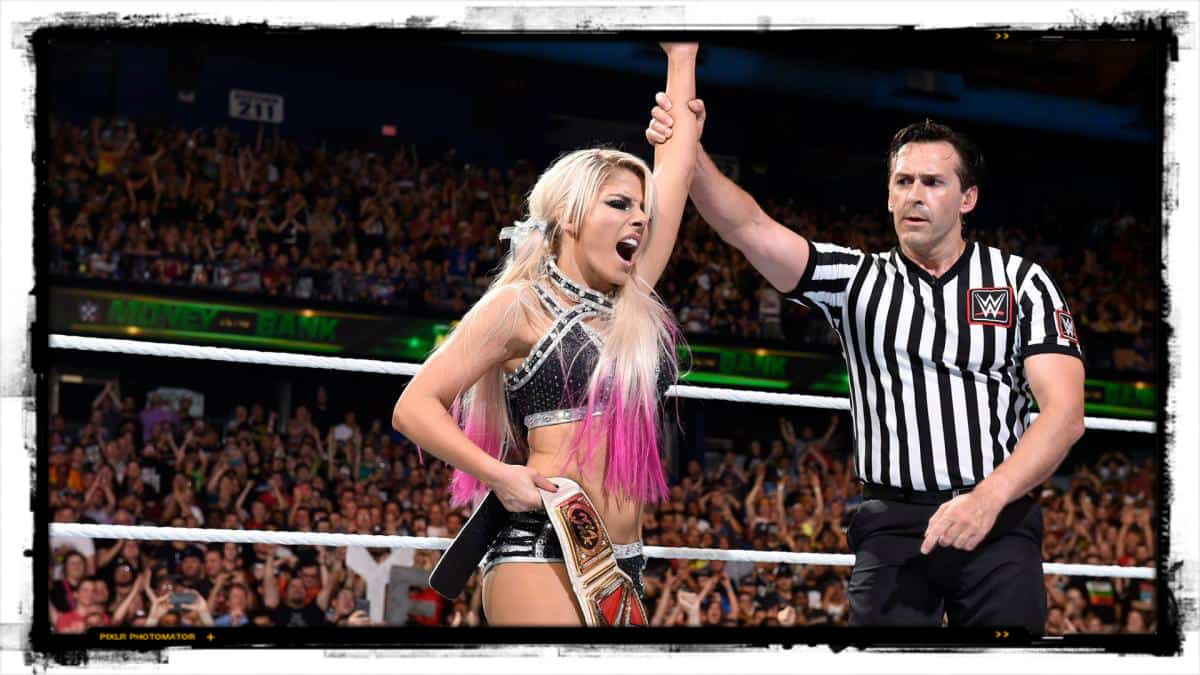 Chicago, you were a lovely crowd. From an underwhelming card at NXT TakeOver that went above and beyond the call of duty (Their prediction? PAIN!!!) to a Money in the Bank show that was longer than it needed to be, but delivered when it counted… these crowds were lively and fun, and so were we as we watched the show from Jared’s pool.

If you haven’t taken in a pro wrestling show while sipping beer in a pool, you’re not living, folks…

Braun Strowman is Mr. Money (Monster) in the Bank. Alexa Bliss was the MITB winner, but quickly snatched up the RAW Women’s Championship. Ronda went off the deep end. And last but not least, Dolph Ziggler hit a high note on his return to relevance as he won the Intercontinental Championship for a sixth time. Crazy! Meanwhile on SmackDown, Asuka made it clear she isn’t done chasing Carmella, while Daniel Bryan was thwarted en route to a title shot – but never fear, we got to enjoy the GREATEST Rusev Day!