By Derek Montilla on May 30, 2018 in Derek and Tim Eat Snacks, Podcast 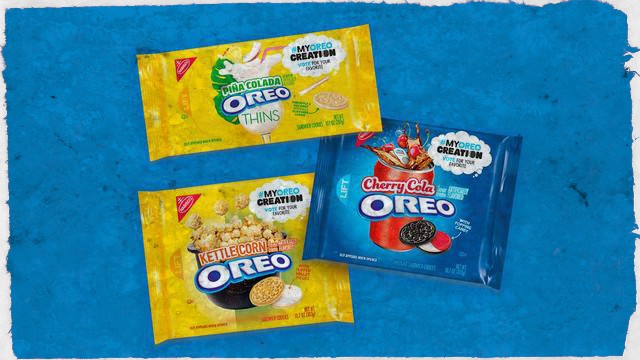 This week on the DATEScast, the end is near. Tim has taken control and has steered this snack ship right into the mouth of madness at Mondelez International. Our snackologists tried their best to stay pure and wholesome, but some companies have deep pockets. So this week, our heroes become villains as they pick, eat, and rate not one but THREE different flavors of #MyOreoCreation Oreos: Pina Colada, Cherry Cola, & Kettle Corn.  Now, we are contractually obligated to add the following: “This episode of Derek and Tim Eat Snacks is brought to you by Mondelez International. You know Mondelez…they’re the food science wizards behind all the crazy flavors of Oreo-brand sandwich cookies! Mondelez…we definitely do not condone human trafficking.”

Podcast Episode 333: Shinsuke Counts to Ten
Minutes with the Mayor Ep. 57: Markin’ Out at SSS16