By Joshua Schlag on August 4, 2016 in Cruiserweight Classic 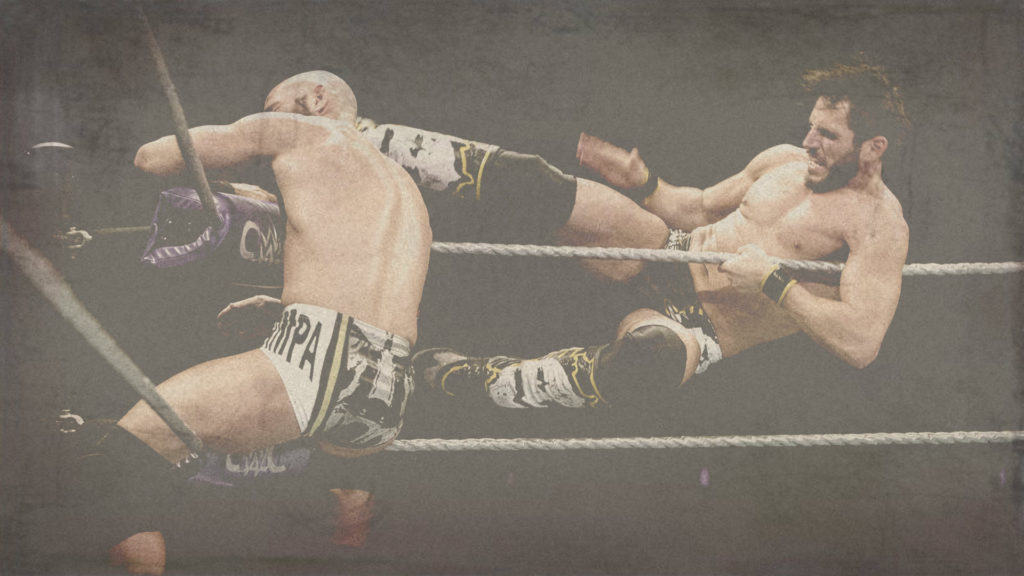 Rich Swann may no longer come out to Lionel Richie, but I’m glad to see him dancing out to the ring again.. Good on the Orlando audience for the sing-along, regardless! Jason Lee was no slouch, either. Loved this match.

Noam Dar and Gurv Sihra had a decent, though rather uninspired, match. Maybe I expected more, having not seen Dar and being aware of him with his presence in ICW / Progress across the pond. He’s got a second round appearance to show me some more, at least!

How about that Jack Gallagher? Heck of an entertaining match with Fabian Aichner. Great example of the Bryan / Ranallo announce team enhancing the heck out of a match.

And lastly, straight out of Reseda, Gargano vs Ciampa. I’ve got one word for this match: PAIN.