Are the Slammy Awards Legitimate? 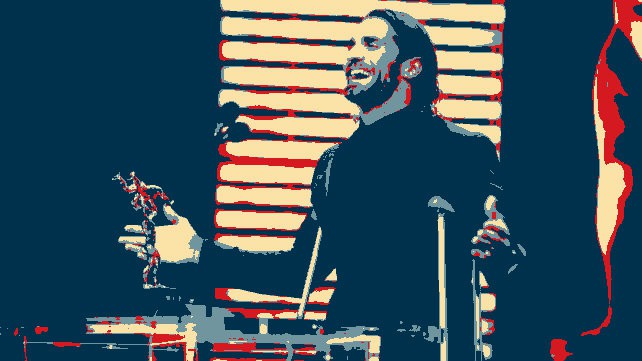 Is it possible that fans voted in a heel as Superstar of the Year?

This is a guest post from one of our listeners, @ZBadane. It does not necessarily support our views or opinions, but we think it’s a part of an interesting discussion. Got something to say, looking for an outlet, and able to be articulate? Send us your thoughts and you might see them here!

The Slammy Awards “voting” should not be considered real by anyone willing to second guess it. I’m bringing it up cuz Billi said it was legitimate and no one argued. Let’s start at 2014 Thuperstar of the year Roman Reigns. On that day a guy who has been out 3 months and never been champion, beat Daniel Bryan and kid favourite John Cena on “app vote”. Some ppl say that because DB’s name was next to RR every vote counted to Bryan went to Reigns. I just say it was fake and a tactic to prepare us for Reigns winning the rumble he would d-d-d-declare himself into.

Now lets go to 2015. New Day lost Tag Team of the Year on social media votes to The Usos. This was pre-Raw where results of voting were open to the public. WWE.com admits to using a 2nd party @Telescope_inc to count votes. So I’m calling this real.

1st Slammy of RAW was to Adrian Neville for Breakout Star of the Year beating KO. Forget whether I think that was real or not, assuming its real what does this data tell us. That good guy was picked over the bad guy. The majority of “voters” will vote babyfaces. Maybe it was kids maybe Kayfabe is real to a lot of the audience. (I’ve met these ppl). Results did not go the way management wanted but this was a category that did NOT matter. It wasn’t worth changing. It gave WWE and its viewers opportunity to point and say “if it were rigged why didn’t Kevin Owens win”.

Among awards that didn’t matter so were probably real: Extreme Moment of the Year, LOL Moment, OMG Moment I was gonna continue but that’s how little these matter.

Superstar of the Year. This Slammy mattered. They didn’t fly out Seth Rollins for nothing. They didn’t have Stephanie presenting this one by coincidence. And wait a minute. How did a bad guy win this award? We set a precedence with Owens and Neville? I thought babyface John Cena was an option. What, did the east coast kids all go to sleep?

Now Diva of the Year, and this isn’t about Sasha Banks. I know Raw viewers did not vote for her. I think it was very convenient that the injured N. Bella was in Minnesota and Instagraming she was ready to receive an award. This Slammy mattered. It was in WWE’s favour to have anti-AJ Lee win. It also puts over importance of holding the title. To be fair, I can believe Nicki won legitimately from her own bizzaro popularity. And this is off-topic but you guys sure showed restraint by not mentioning she gave a female empowerment speech in see-through clothing. I guess ur take is a woman can wear whatever she wants. I respect that. I see it differently. But hey I also e-mailed to defending “You Suck Cena” chants. Back to topic ->

The WWE is a company that loves&#X1f60d they’re social media. “Look we’re trending MAGGLE”. To not have twitter voting during the body of the show is pure stupidity. Thats free advertising that their universe fans are doing for them. Instead they keeps votes on the private app where literally only 1 person has to know what the real results are (I believe its Murpho from UpUpDownDown). Pay the man enough and he’ll keep a secret. Its the wrestling business he’ll keep kayfabe. Then he’ll tell the writers and anyone who asks ______ won_______of the Year. In conclusion lol, I don’t trust that the voting done on their app is real because I don’t trust WWE.

Guest posts on TheSteelCage.com do not necessarily support our views or opinions, but we think it's a part of an interesting discussion. Got something to say, looking for an outlet, and able to be articulate? Send your thoughts via email and you may see it here!
View all posts by Guest Post →