By Joshua Schlag on November 30, 2015 in Commentary

Alas, The New Day isn’t enough for me, though. I just can’t do it tonight. I woke up this morning with a sense of dread that Raw was on tonight and my plans were set: in front of the TV with Twitter on my laptop, ready to snark it up. Honestly, though, I prefer to praise what’s going on and get excited about the things that are happening. It’s just few and far between, and every so often I just need a break, as evidenced in my Facebook conversation with Derek: 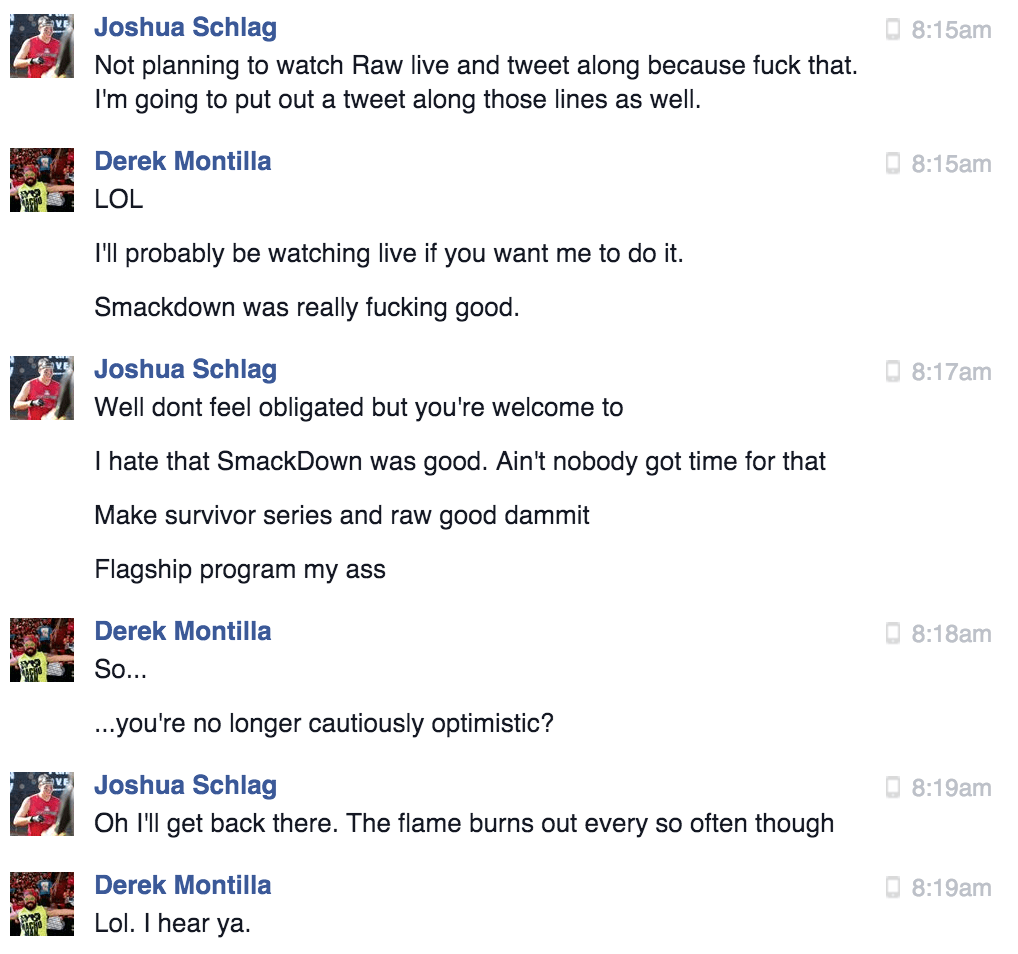 There’s a growing frustration with WWE lately. It’s nothing new. I’ve been here before. You’ve probably been there before. I’ll come back and watch live again – likely next week. And I’ll be cautiously optimistic about it.