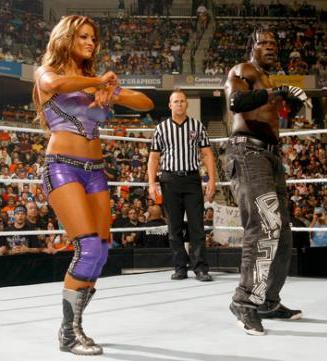 #GetCrunk before hashtags were a thing.

We’re going to try and do this on a weekly basis. Throwback Thursday posts to stupid (yet pretty entertaining) crap in pro wrestling history. It doesn’t have to be super old, it just has to be kind of awesome and definitely hilarious. If you have any ideas for what we should do for a future #TBT, shoot us a message!

The first edition of #TBT on TheSteelCage.com brings us to 2010, when R-Truth debuted his new song, “Get Crunk”, complete with awkward dance moves from Eve Torres. Thankfully, she moved on to have a solid run as champion before ultimately leaving WWE… We haven’t forgotten this mess, though!