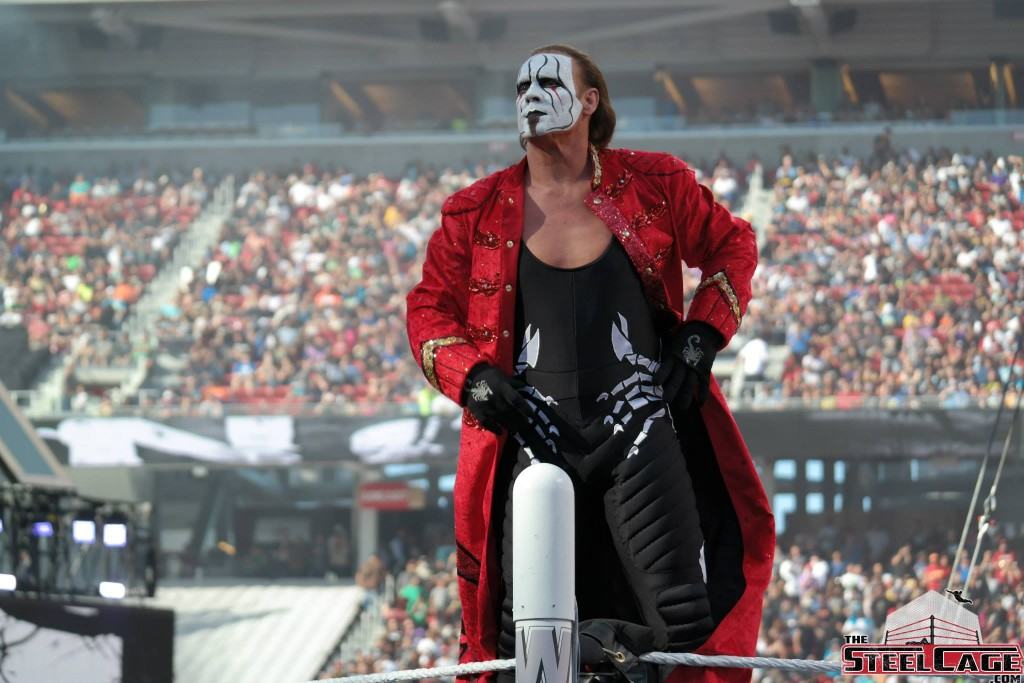 Spoiler Alert! Read on to find out how…

Wrestling is a funny thing.

At the moment, WrestleMania 31 has come and gone. The fans were treated to a great show and even got their wish of a non-Roman Reigns victory in the main event.

Future legend Seth Rollins is your WWE Champion, while Internet darling and all round hero to the masses Daniel Bryan holds the Intercontinental Title. John Cena has finally had the spotlight taken off him, holding the U.S. belt and giving us (weekly) matches against opponents who’d never usually share a ring with him; and Cesaro & Tyson Kidd are the leaders of a blossoming Tag-Team division.

Not to mention how NXT continues to grow from strength to strength.

The loss of AJ Lee has put a dampener on an already stale Divas Division, but hey… give ‘em a chance…

So, all in all, the sun is shining on WWE and its fans.

Typically, once ‘Mania is over for the year, Creative seems to sit on its hands and dish out boring, predictable tripe until sometime near SummerSlam, when they remember why the fans pay money in the first place.

The state of WWE at any given time can usually be summed up by its current champion. With Cena, it’s back to the drawing board. Nothing changes, same old, same old. If Orton has the title, there’s always the hope that this time, Randy might start to care, not get bored after a few weeks and develop an intriguing character.

Bryan’s reign was cut short by injury, Lesnar was never around, and now that Reigns wasn’t (and rightfully so) given the ball to run with, only one question remains.

No, forget Goldberg, who’s next as far as the WWE Title is concerned? Will WWE stick with Rollins for the long haul, or will they fall back into bad old habits and give Orton the belt once more. Even worse, will Cena be champ again this year, equaling Ric Flair’s 16-Title reigns and giving everyone a record they don’t want to see?
Wrestling works best when it’s based on momentum. Momentum, popularity and unpredictability.
With that in mind, here are 5 guys I’d put the strap on this year, and how to do it…

No, this isn’t TNA. Hear me out. After finally signing with the ‘E and booking a match against Triple H at WrestleMania, long time fans of WCW, the Monday Night Wars and wrestling in general were excited to see the master of the Scorpion Deathlock (sorry Bret) finally compete on the granddaddy of them all.

While the nWo Vs D-X brawl was great to see, and while it was nice that Sting got to show his skills on a whole new level, Triple H going over really did nothing but solidify the notion that WWE = good, WCW = bad, inflating Vince McMahon’s ego even more.

So who better to take the title away from the Authority’s golden boy, than Sting?

If Rollins goes over Orton at Extreme Rules, let Sting return on Raw the next night, force Rollins to give him a title shot on Raw by attacking his ego and it’s Showtime…

Rollins would lose when the Authority stooges bungle the usual interference, leaving Sting to win the belt and give the fans a feeling of old fashioned WTF?

Now, while many would argue having 56-year-old Sting win the title would be nothing more than a nostalgia kick or a cheap way of getting Steve Borden onto a list of WWE Champions, hear me out.

Not only would Sting’s victory help relieve some of the resentment many fans felt when he lost at ‘Mania, no one would see it coming, bringing back a much-needed element of surprise to the wrestling world that used to pride itself on such a thing.

It also could be used to cement the stature of another up and coming monster heel.

The last year has seen Rusev rise through the ranks of the WWE as an (almost) unstoppable brute, taking out and running through his opponents just like the tank he arrived on at WrestleMania.

A loss to John Cena doesn’t hurt Rusev, for now. Let’s face it, he was going to lose sometime, and with the Russia vs USA themes going into his build up, it was always going to be John Cena who had Rusev staring up at the lights for the first time. If this was 1986, Hulk Hogan would be the one. 1998, Stone Cold or The Rock would have done it. Remember, heels are made to be beaten.

But what’s next for Rusev?

If not handled correctly, Rusev’s reign of terror and build up as a powerful entity could be forgotten just as quickly as Ryback’s streak or Jack Swagger’s title reign or Zack Ryder’s… well… everything.

With Rollins losing the belt, Triple H would need a new champion to get behind. And who better than the man with only one loss?

Rusev could again be built up strong, beat Sting clean and take the title, cementing his place at the top of the card and allowing Sting to put over someone who could actually benefit from it.

As a dominant force, Rusev would crush all comers, leaving behind his Russian Hero gimmick in place of a Corporate Champion one, defeating several faces before one man steps up to stake his claim…

The fan favorite. The downtrodden darling. The ultimate underdog.

Now, to me, Ziggler isn’t as good as many people think he is. While he’s fantastic in the ring, sometimes his matches fall into sell-fests. His mic skills aren’t terrific either. But, damn it, he SHOULD be WWE Champion. At least once.

So in an upset victory, Ziggler hands Rusev his second loss and becomes WWE Champion. He celebrates. The fans cheer. The mood in the arena lifts to an amazing high, just before…

What? Didn’t I mention that? Oh yeah, Barrett would have won Money in the Bank by now, carrying the briefcase with him and waiting for the opportune moment to cash in.

Barrett cashes in, steals the title from Ziggler and generates some serious heel heat for ruining Ziggler’s (and his fans’) big moment.

Come on, you know you want it.

When we last saw Lesnar, he had been cheated out of his title, berated by the billion dollar princess and suspended from WWE indefinitely. Not to mention, his overwhelming support from the fans during matches against Cena, Rollins & Reigns.

So why fight it? Again – momentum, popularity, surprise.

At the Royal Rumble, Lesnar would return to face a cocky Wade Barrett for the title, destroying everyone’s favorite Englishman to once again claim WWE’s top prize and book a date at WrestleMania 32 against 2016’s Royal Rumble Winner… Daniel Bryan.

The fans want it. So give it to them.

The fans want to cheer Bryan. Some will cheer for Lesnar. Let them.

Just like the Superbowl, or the World Series crowds will be split. And split crowds create atmosphere, while atmosphere creates a perfect scenario for a ‘Mania main event.

These 5 reigns would not only shake things up in the stagnant WWE ‘Universe’, but put over and build some genuine stars for the future, while providing shocking moments and great matches in the ring to boot.

And that’s why WWE won’t do it.