By Darrell Johnson on July 1, 2013 in Commentary

Lawler and his dentist became fast friends. To Lawler, Yankem was valuable protection against The Hit Man; plus, when that temporary crown needed to become a permanent one, they could finish the procedure in whatever town the WWF brought them. It was a windfall for Yankem, too, finally having a regular patient and getting some side coin kicking around The Best There Is, Was, and Ever Will Be. 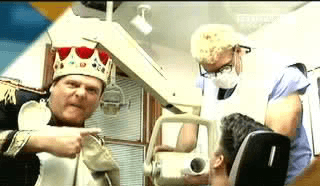 A King and His Dentist

The relationship was going well until Lawler got a call from his insurance company.

I’m sorry, Mr. Lawler, but only EMERGENCY dentistry is covered by your plan, and a simple crown does not qualify.

Well, sir, an emergency would be something like an accident that broke your teeth and caused such bleeding as to endanger your life.

I understand that you’re paying for the maximum plan offered by your employer, but you’ll have to pay out-of-pocket for this.

“I can’t believe it, Isaac. What am I gonna do? I can’t pay in full right now — I’m just a simple grappler and my mortgage has interest rates so high, I don’t know if I’ll ever catch up.” Dr. Yankem was crestfallen. He had worked so hard for his first loyal patient and would have nearly nothing to show for it. “Don’t worry about it, Jerry,” Isaac grumbled. And off he went.

Dr. Yankem was at a crossroads. He still owed multiple banks to get his practice off the ground. His absence from Memphis over the months of wrestling and impromptu dentistry all but assured that patients would be even scarcer if he returned. He enjoyed wrestling Bret Hart (because really, who wouldn’t?), but after the government took its percentage from every paycheck, the WWF wasn’t feasible as a part-time gig.

Dr. Yankem’s inner curiosity took over. Why is it that Jerry “The King” Lawler, of all people, was unable to acquire adequate medical insurance? How could a routine crown operation be prohibitively expensive? And why doesn’t the doctor see even a fraction of these high costs?

He started reading about the origins of insurance companies — how they sprouted mostly from attempts to stem The Great Depression. People didn’t have money, so they scrambled to find ways to pool what money was there, so as to ensure that the neediest got the care they deserved. The Blue Cross and Blue Shield emerged, surged, and eventually merged. Meanwhile, FDR’s New Deal made it more acceptable for the government to provide Welfare, Social Security, and public-project employment. As people’s dependence on insurance companies melded with their dependence on the government, medical insurance became necessary and sometimes required by law. Naturally, this caused insurance rates to rise steadily. Thus, Dr. Yankem reasoned, what might have shortened The Great Depression is what’s causing the mess we’re in now.

Who is to blame for this? Isaac fumed. There must be someone to incur my wrath.

He read further: in the panic of The Great Depression, the predominant economic theory was that government intervention would become necessary in times of crisis. The private sector, the theory stated, had inefficiencies that would not be able to adequately affect macroeconomic problems. The main proponent of this theory was a British economist named John Maynard Keynes.

Dr. Yankem’s blood boiled as he stared at that name. You idiot economist, how could you be so short-sighted? You’re the reason I can’t make it as a dentist; you’re the reason my friend can’t pay his bills. His insides got hotter and hotter until something snapped in his brain — I must fight this. I must fight this on TV, in writing, and in the ring. No longer shall I be mild-mannered Dr. Isaac Yankem, DDS. 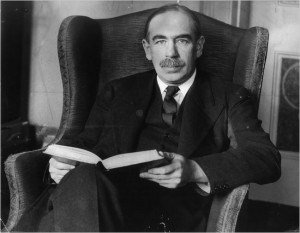 A slow growth rate in aggregate consumer demand is no match for a well placed choke slam.

Much like Bruce Wayne named himself Batman because of his fear and hatred of bats, Dr. Isaac Yankem gave himself a new moniker derived from that with which he vehemently disagrees: Kane.

And so Kane, as he is now known, seeks redemption for his failed practice and justice for the victims of collective economics. Instead of root canals, Kane finds an outlet for his frustration in chokeslams. He might still have an unhealthy relationship with fire, but it is he who is in control, not whatever forces immolated his family. Most of all, he will daily prove the power of the individual by Tombstoning any grappler, politician, or retired baseball player who gets in his way.