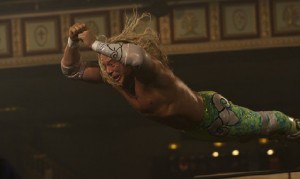 10. Mickey Rourke – The Jericho rivalry had a pretty weak finish at Wrestlemania. I know this is because he had signed on for Iron Man 2 and therefore couldn’t take part in the action as much as we all wanted to see. I am still holding out hope that one day he can afford to do a Ram Jam in a WWE ring.

9. Warren Sapp – Really, this could be replaced with any retired NFL’er. I picked Sapp because he’s a big goofy guy, and he might be able to pull off some backstage skits similar to what I expect to see from Shaq this Monday.

8. Scott Stapp – No good reason, other than the fact that I’d love to see Roddy Piper punch this tool in the face. 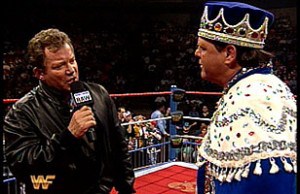 7. William Shatner – Captain Kirk had an appearance on Raw in the 90’s to promote a short lived sci-fi show on USA Network, called TekWar. I’d like to see him take to the ring and throw a famous Star Trek style left hook at Cody Rhodes. I’d also really like to see Cody Rhodes oversell the move like crazy. It’d be a hilarious YouTube clip, if I’ve ever seen one.

6. Mike Tyson – Hot off the heels of The Hangover, Iron Mike should keep his momentum going by hosting Raw for a night. Now that he’s in position to become a likable character, I could see Tyson knocking out Big Show to close out the episode.

5. Barack Obama – Coming in with a new piece of legislation called the Raw Stimulus Package, Obama would showcase the underprivileged class of the WWE. A ladder match would be held in the main event, showcasing the likes of THE Brian Kendrick, Evan Bourne, Shelton Benjamin, Zack Ryder, and Tyson Kidd. While we’re at it, Kofi Kingston gets put into the match, and his Intercontinental Championship gets hung over the ring. PPV caliber stuff right there. If it doesn’t happen, I could see it as next year’s Money In The Bank. 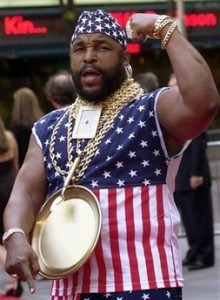 4. Mr. T – He’s got comedy down, as anyone who has seen him on Conan O’Brien’s show will be able to attest. And he’s got history with the WWE – taking part in the first ever Wrestlemania alongside Hulk Hogan. So.. why not?

3. Hulk Hogan – Speaking of The Hulkster, it’s been a little while since he made a WWE appearance. We last saw him in a rivalry with Randy Orton, after Orton made some moves on his Amazonian daughter. Sorry Hulk, I didn’t really mean that. She’s a lovely girl. Anyway, it could make for a fun night of The Legacy getting their asses handed to them as Hogan gets creative with match ups. 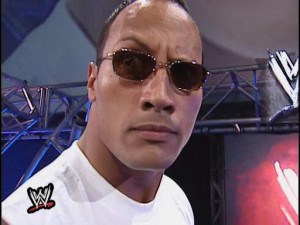 2. The Rock – Sorry, I mean Dwayne Johnson. That’s what he’s calling himself these days, if I’m not mistaken. I’d just love to see him in the ring again, even if he’s not been competing. Hell, I’d just be happy if he belts out a rendition of ‘Smackdown Hotel’ to the tune of Elvis’s ‘Heartbreak Hotel’. 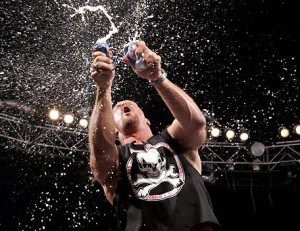 1. Stone Cold – Who doesn’t want to see Stone Cold on WWE programming in some way, shape, or form? An overabundance of beers and middle fingers would be a nice change of pace to the increasingly family friendly programming. I have nothing against the family friendly angle they have taken, but a little bit of the Attitude Era can’t hurt every now and then.