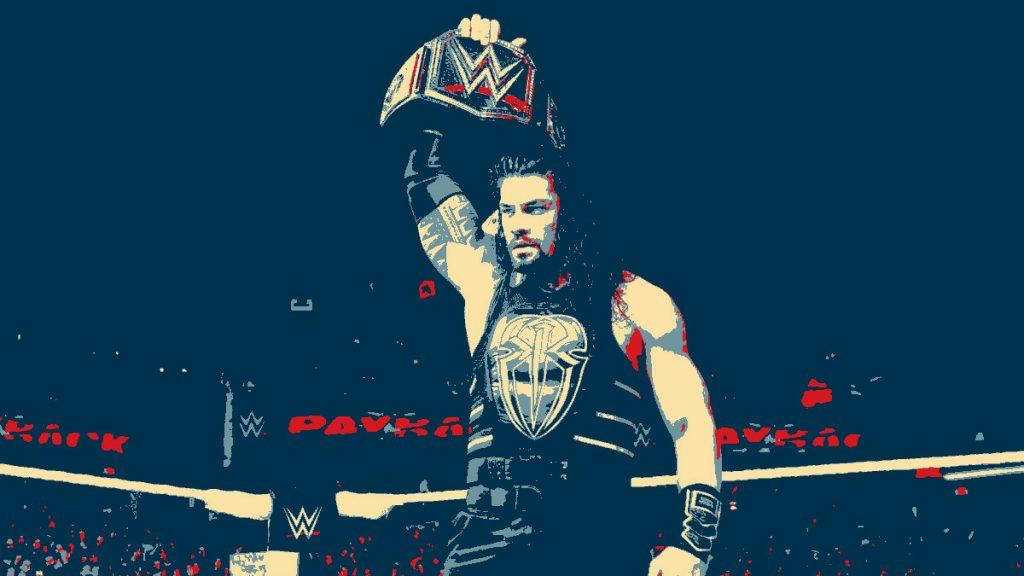 Heels. Babyfaces. Do the traditional archetypes matter? Vince McMahon laid this out nearly 20 years ago on live television.

Time and again, folks have debated the value of those roles – from ‘Stone Cold’ Steve Austin and the nWo to John Cena and Roman Reigns. We’ve certainly gotten to the point where just about any wrestler – heel or babyface or anything in between – will have a contingent of fans in the crowd, and that’s okay.

A constant topic of conversation in 2016 seems to be around whether current WWE Champion Roman Reigns is a babyface or a heel. If he’s not really a heel, should they turn him fully as a heel? To me, this has become quite tiresome. My take: It doesn’t matter.

To understand his current positioning, it is helpful to look at what got him here. Roman Reigns has had an interesting run thus far in WWE. He debuted with two indie darlings as the mostly unknown muscle of The Shield, but gained instant credibility because of storyline placement and proximity to those guys. He played a limited role, but it was a heck of a lot of fun to see him get the hot tag and land a spear on Bray Wyatt or put The Undertaker through a table. But then The Shield broke up and he was left to make a name for himself. It didn’t start off too poorly, though things seemed to move a bit fast for much of the audience. He seemed to rely on just a handful of moves in the ring, and his promos were unconvincing and passé. Despite that, he was slated to take a spot in the main event of WrestleMania while a true fan favorite like Daniel Bryan became nothing more than a tease during the 2015 Royal Rumble. Not even The Rock could save him, now. 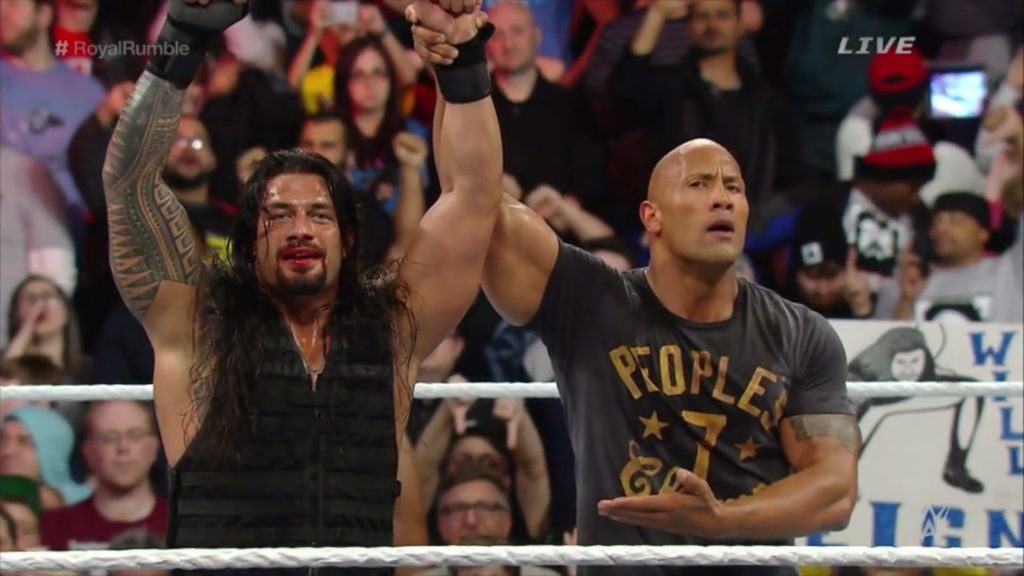 Sure, Roman Reigns had some fans at the time. And since then, he’s managed to win fans over to various degrees. He put on a heck of a show with Brock Lesnar at WrestleMania 31. A win at the 2016 Royal Rumble was met with arguably more cheers than boos. Along the way, he started selling more and more t-shirts, despite the horrible designs and catch phrases. Yet, there’s still a large contingent of fans who will boo him at every turn. Why?

To answer this question, I turn to Bill Simmons, who in 2007 realized that his beloved Patriots had become a target of Sports Hate:

How could people not appreciate an undermanned, banged-up underdog that persevered simply by playing well together, by being well-coached and well-prepared, by pulling off all the Little Things and by believing in one another and steadfastly trusting they could pull out any close game? C’mon, even though Brady has won three Super Bowls, his team is a great underdog story.

Then I realized something horrible. Wait a second … am I rooting for the football version of the Yankees?

This more or less mirrors the story of John Cena’s career. After a while, people just get tired of someone who keeps finding ways to persevere. But it’s not the only reason Sports Hate exists:

Like every other Boston fan, I grew up hating the Yankees, Canadiens, Steelers and Cowboys.

To a degree, this is similar to why so many of us started hating Roman Reigns. He became the rival to our favorite wrestlers when he got the push we felt other guys deserved more than him at the time. When our guy lost the championship bout or the #1 contender qualifier and Roman succeeded, it was a tough pill to swallow. From Daniel Bryan in 2015 to Dean Ambrose in 2016, many of us haven’t gotten over it to this day. The Sports Hate is real, folks.

Not everybody feels the way I feel about Roman Reigns. Many folks never felt the sting I felt when certain guys got leapfrogged in the hierarchy of WWE. They didn’t feel nearly as strongly about them, and when Roman’s time came – they were happy to cheer him on against guys like Sheamus and Triple H. I get that. With Sports Hate, there inevitably has to be another side to the coin.

I’m going to generalize a fair bit here, so I apologize for that – but it helps in telling the story. Roman Reigns fans often question the rest of us, as they wonder why we are such haters. They accuse us of saying he can’t wrestle. While many of us said such things a while ago, I don’t think we’d say it anymore. He’s put a lot of work in and improved quite a bit. He’s had four star matches with some of the top talent in the world. When it Reigns, it doesn’t bore. Seriously, let’s just ignore WrestleMania 32 and that abomination of a main event for argument’s sake – WWE sure has…

And now that WWE has (mostly) given up the campaign to make Roman Reigns the biggest babyface in the company, even his promos aren’t abysmal. He’s playing an intriguing tweener role that is okay to either cheer or boo, depending on where you fall in the fan spectrum. It’s fun for some to cheer him and try and stand out amongst the rest of us who are having a blast booing him. We’ll continue to call out his asshole-ish smirks and his tactical vest that really should be illegal – seriously, why has no WWE official even made a public comment about it? Such a cheater! Again, the Sports Hate is real. 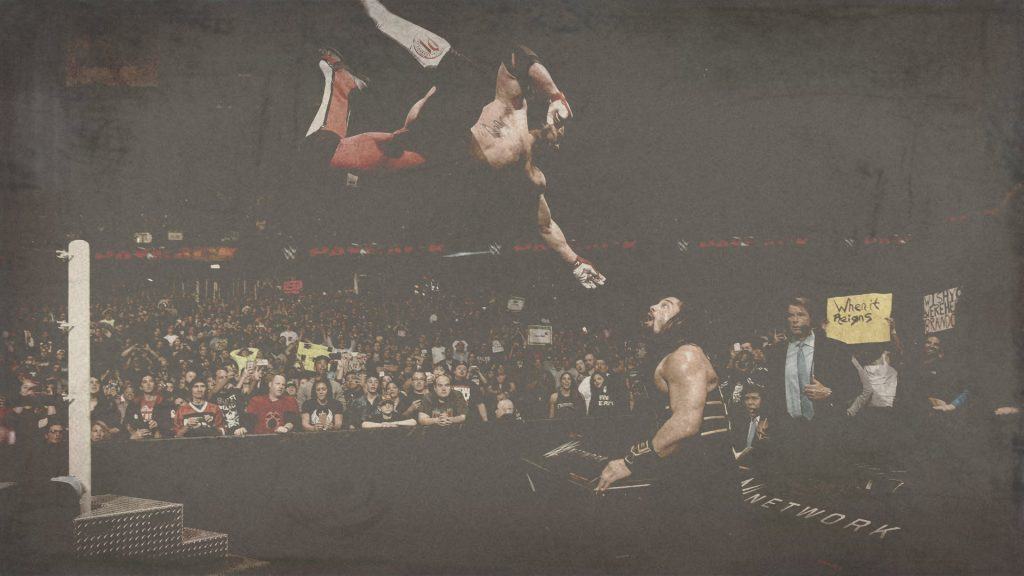 WWE has (I think) accidentally fallen into something magical with the Sports Hate around Roman Reigns. Many of us are tuning in regularly as we wait to see him fall to one of our favorites, as the rest tune in to show support for the big Samoan guy with the wettest hair. Will AJ Styles be the one? Will it be a returning Seth Rollins? Will Dean Ambrose finally get sick of waiting in the wings? I mean, hell. Many of us even cheered on Triple H at WrestleMania. It almost doesn’t matter. To borrow a line from Bray Wyatt (let’s throw his name into the contender hat when he returns, by the way): Anyone but Roman.

Anyone but the Bears, Sun Devils, Dodgers, Giants, Lakers, and Spurs.