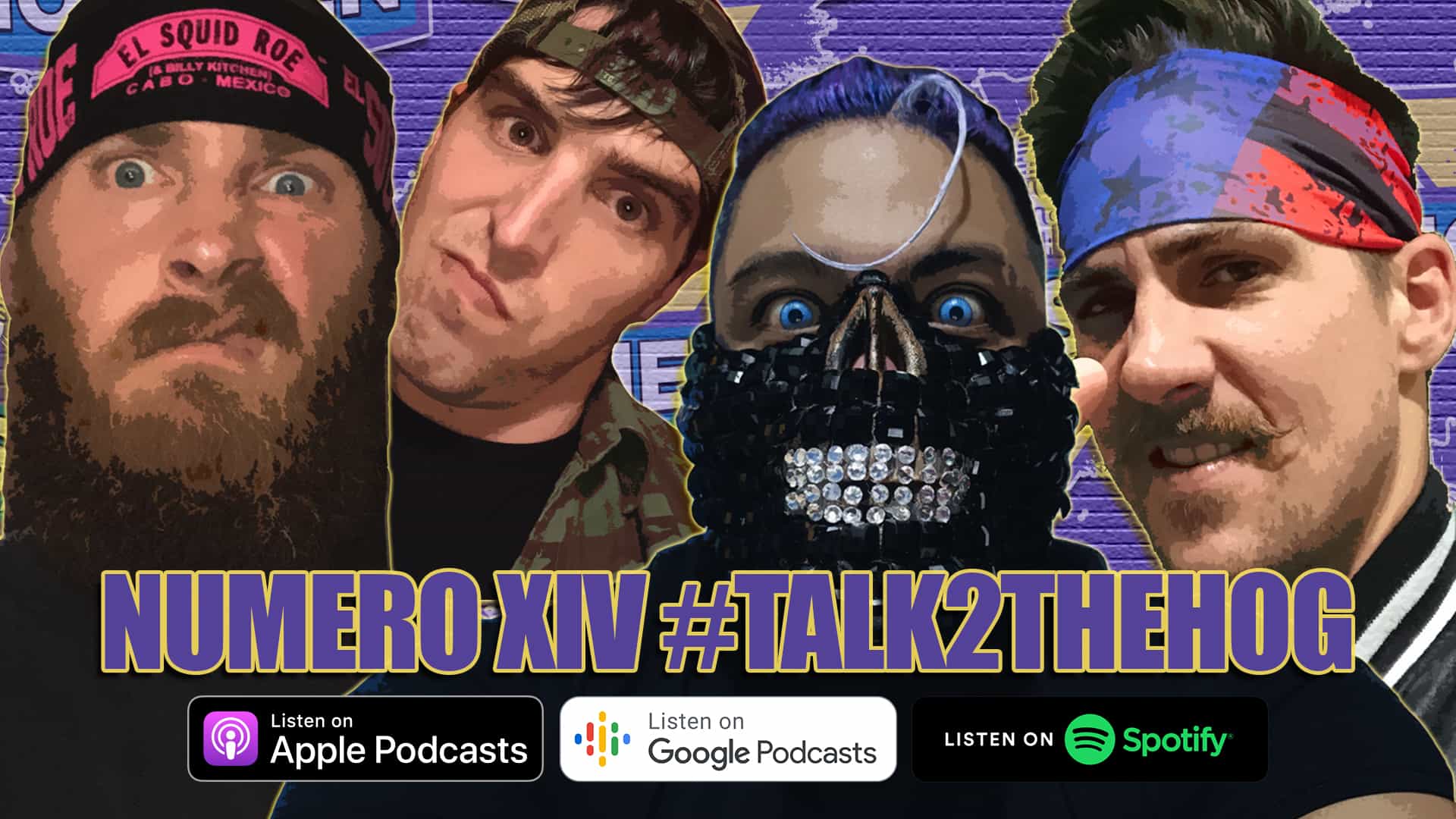 The Quarantine Saga – Episode V…forced to evolve under mandatory physical distancing orders, The American Kaiju Devin Sparks and El Numero Uno Mike Camden setup shop in their respective residences to talk wrestling, personal experiences, and whatever else is going on…and SoCal’s resident redneck Hunter Freeman is hanging out as well.

This week a supersized episode featuring international superstar Carlo Cannon. The former Underworld and Melbourne City Wrestling champion calls in from his home in Melbourne, Australia to discuss his career path from 18 year old kid who left home to follow a dream, to teaching alongside Lance Storm, to now running his own school: Vicious Pursuit Pro Wrestling and Performance Academy. Carlo went viral after a clip of him German Suplexing the living shit out of someone in Malaysia hit the internet, he breaks that story down while discussing his travel experience in the COVID-19 pandemic. Plus: getting ribbed by Lance Storm at Christmas, working in an empty First Nation gymnasium early in his career, and meeting Mike and Dev at Championship Wrestling from Hollywood.