By Derek Montilla on May 17, 2019 in Derek and Tim Eat Snacks, Podcast 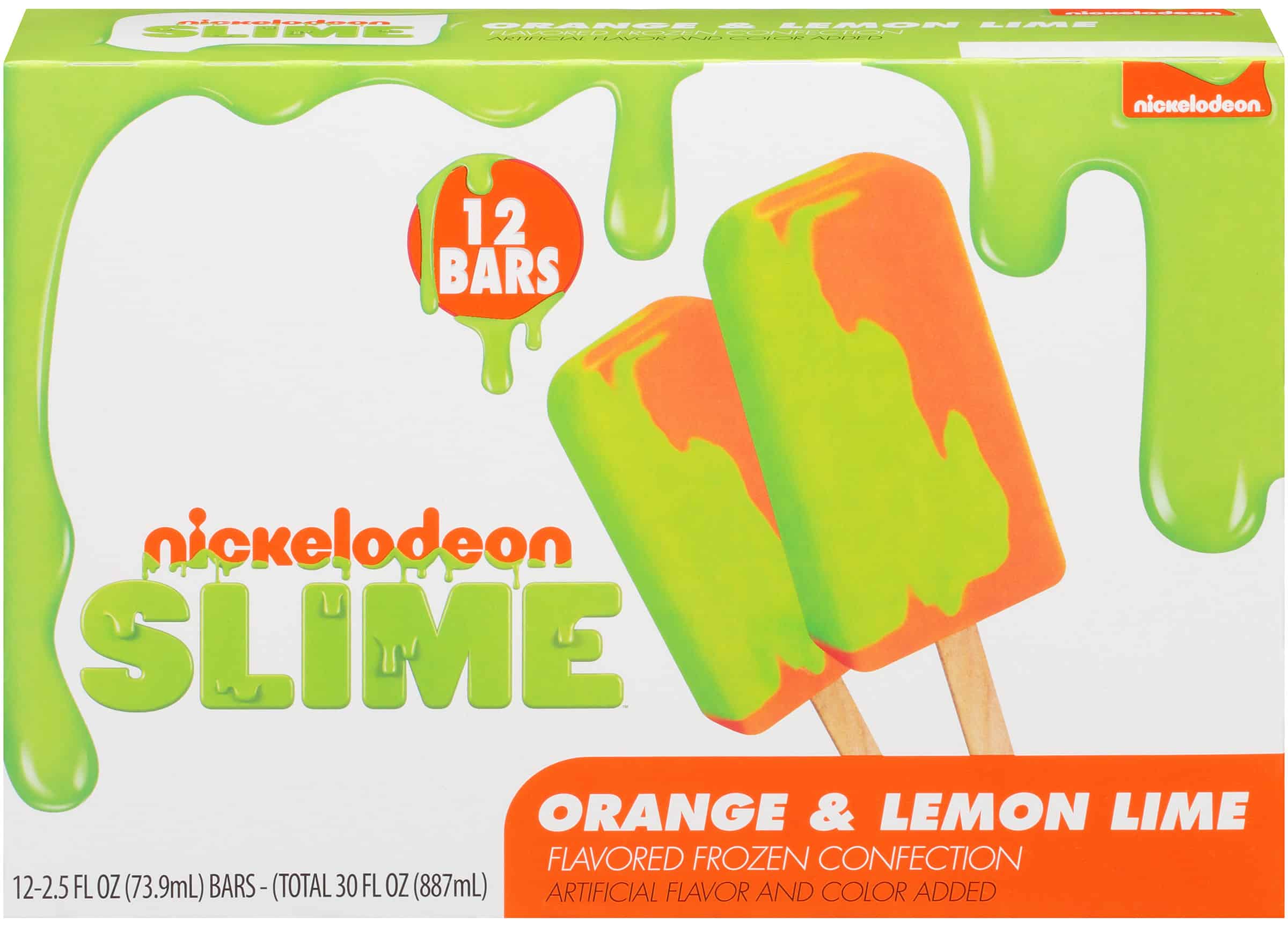 This week on the DATEScast, Tim and Derek relive the glory days of children’s cartoons being filled with sarcasm, wit, and other wonderful content that kids probably shouldn’t be seeing, with most of those cartoons being on Nickelodeon. These cartoons helped shape our snackologists lives. Well, Derek’s at least. Tim didn’t have cable because his parents didn’t love him. But that doesn’t stop him from PERing this week’s snack, Nickelodeon Slime Bars. Are these sherbet (say it right) bars a Spongebob for Nick?  Or are they another Nickelodeon Hotel for Nick? And can you do this podcast on television? I don’t know.  Water.