By Derek Montilla on June 26, 2018 in Derek and Tim Eat Snacks, Podcast 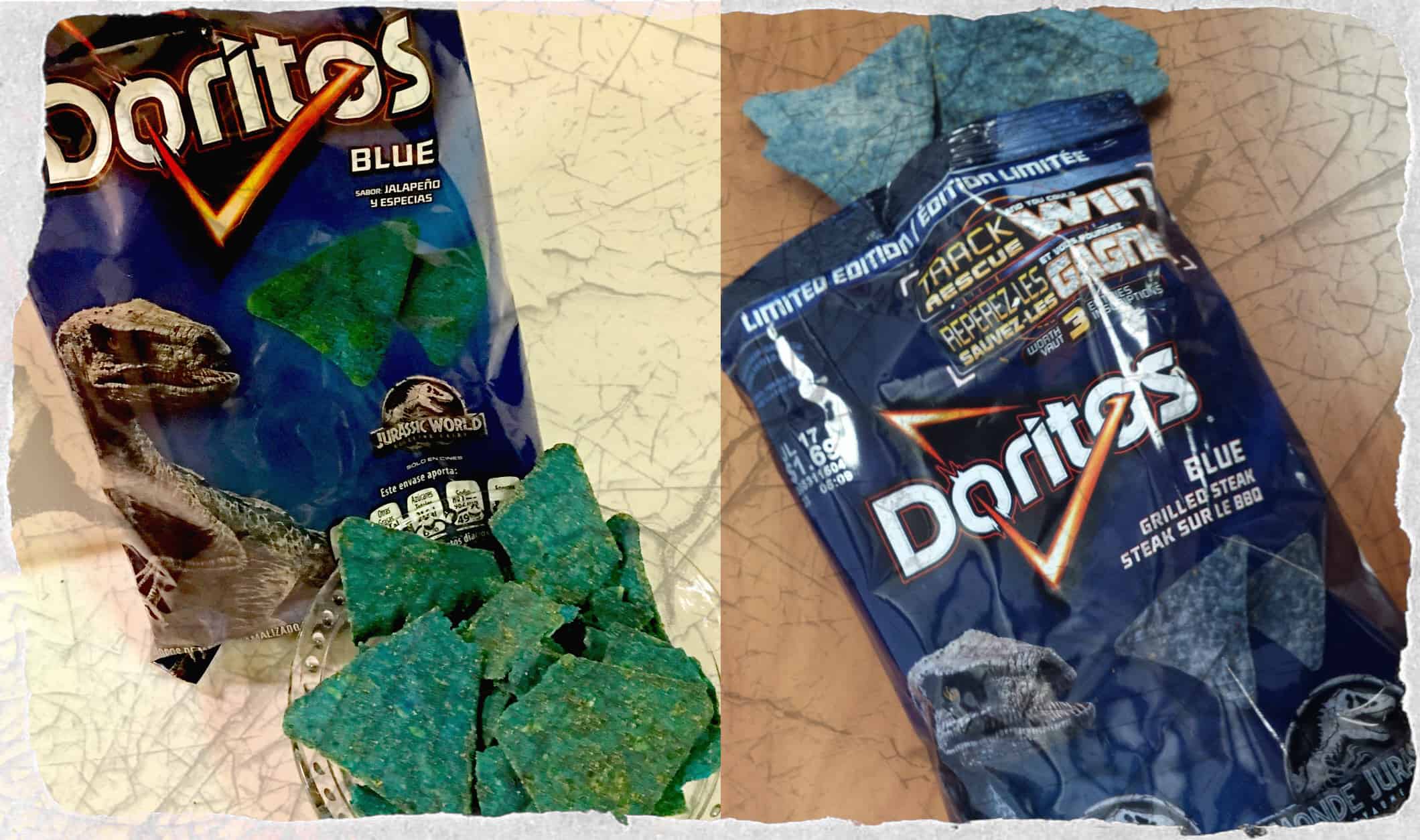 This week on the DATEScast, IT’S OUR FIRST EVER CROSSOVER EPISODE! In conjunction with Tim’s whore podcast, Unfunny Nerd Tangent, we are proud to be discussing Jurassic World snacks. We talk about how far behind on current movies Derek is and how much time he spent as a child at Universal Studios. Then, Tim requires us all to hold on to our butts while he introduces this week’s multinational snacks that he had to cross both North American borders to obtain, Blue Jurassic World Doritos from Mexico and Canada. Two unique countries with two unique flavors of movie tie-in corn tortilla chips. Which only leaves one question to be asked…what did the United States do to be left out of the fun?