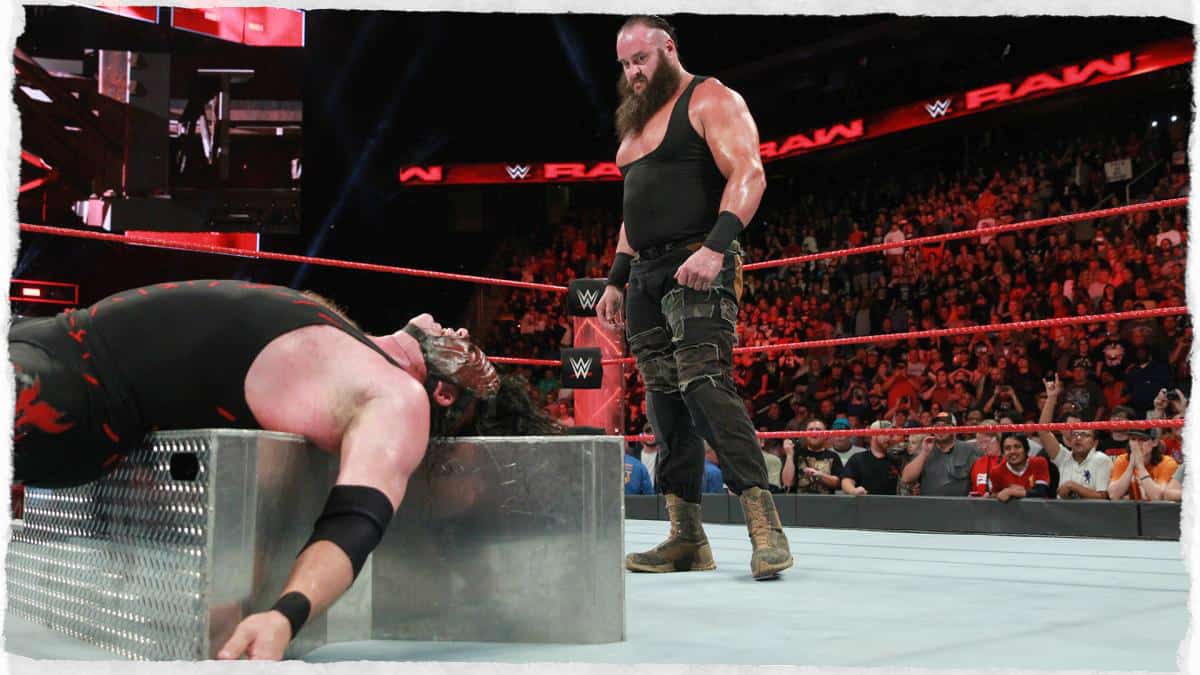 What’s the point of posting this? You’re all already dead.

Regardless, it was another great week in World Braun Entertainment.We discuss the hierarchy of Strowman vs Kane vs Balor, Samoa Joe attacking a Samoan named Joe, the baptizing of Absolution and their Dollar General-Bizzaro version, The Riott Squad, Mojo turning on Ryder for what feels like the hundredth time, Smackdown Live becoming the Kevin and Sami Show, and so much more.