If you’ve been to a major WWE PPV in the last year or so, chances are that you’ve seen the various collaboration shirt designs WWE has done with SPORTIQE and the hosting NBA teams. Well, if you happen to be attending the show this Sunday in Brooklyn – you’ll get your chance to purchase the latest design: 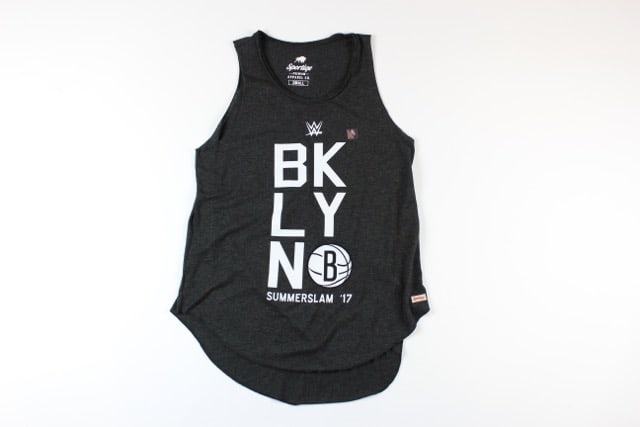 If you’re lucky enough to pick up one of these tanks (men’s cut available as well as the women’s style, shown above) – hit us up on Twitter and make sure to tag @SPORTIQE!

Minutes with the Mayor Ep. 48: Marking Out at PROGRESS
Derek and Tim Eat Snacks Ep. 7: The 1st Annual DATES Lay’s Chip Off