By Joshua Schlag on July 20, 2016 in Cruiserweight Classic 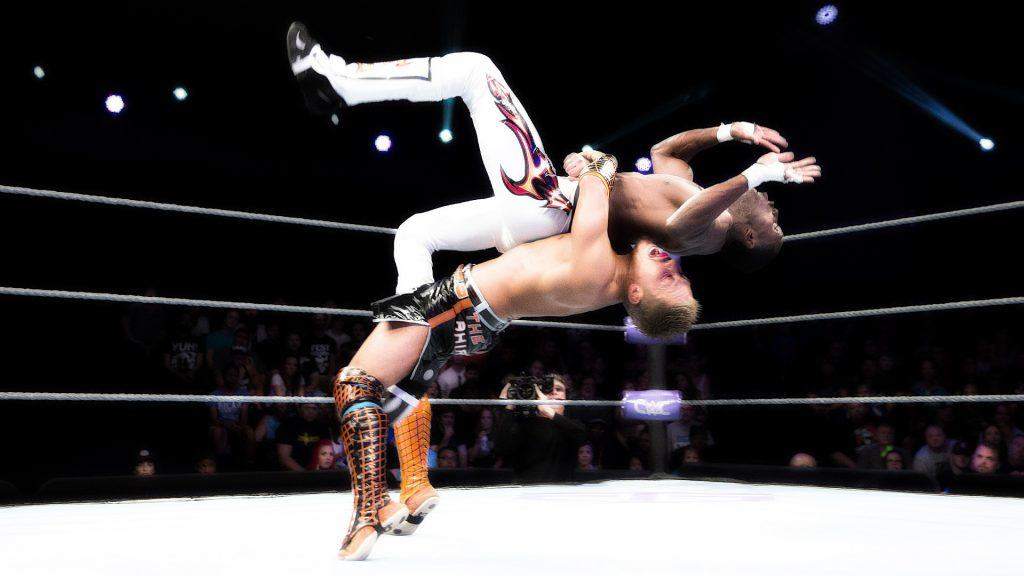 That German suplex, though.

Once I saw Damian Slater, I thought I was screwed with my Tajiri pick. Glad to be proven otherwise! Nice to see the Japanese Buzzsaw do his thing – it’s been a while. Hope his knee is all right…

TJ Perkins vs Da Mack had a very PWG feel going into it. Expectations were high, and they were met. Really fun match. Let’s go TJP! Lumpia for all!

Lince Dorado and Mustafa Ali got a “This is awesome” chant and I didn’t even hate it. Solid performance by those guys. Glad to see more Lince in round two.

Kenneth Johnson was clearly outmatched by Akira Tozawa, but managed to hold his own enough to have a pretty fun match as Akira put on a clinic.