How Times Have Changed: The Current Landscape of Professional Wrestling 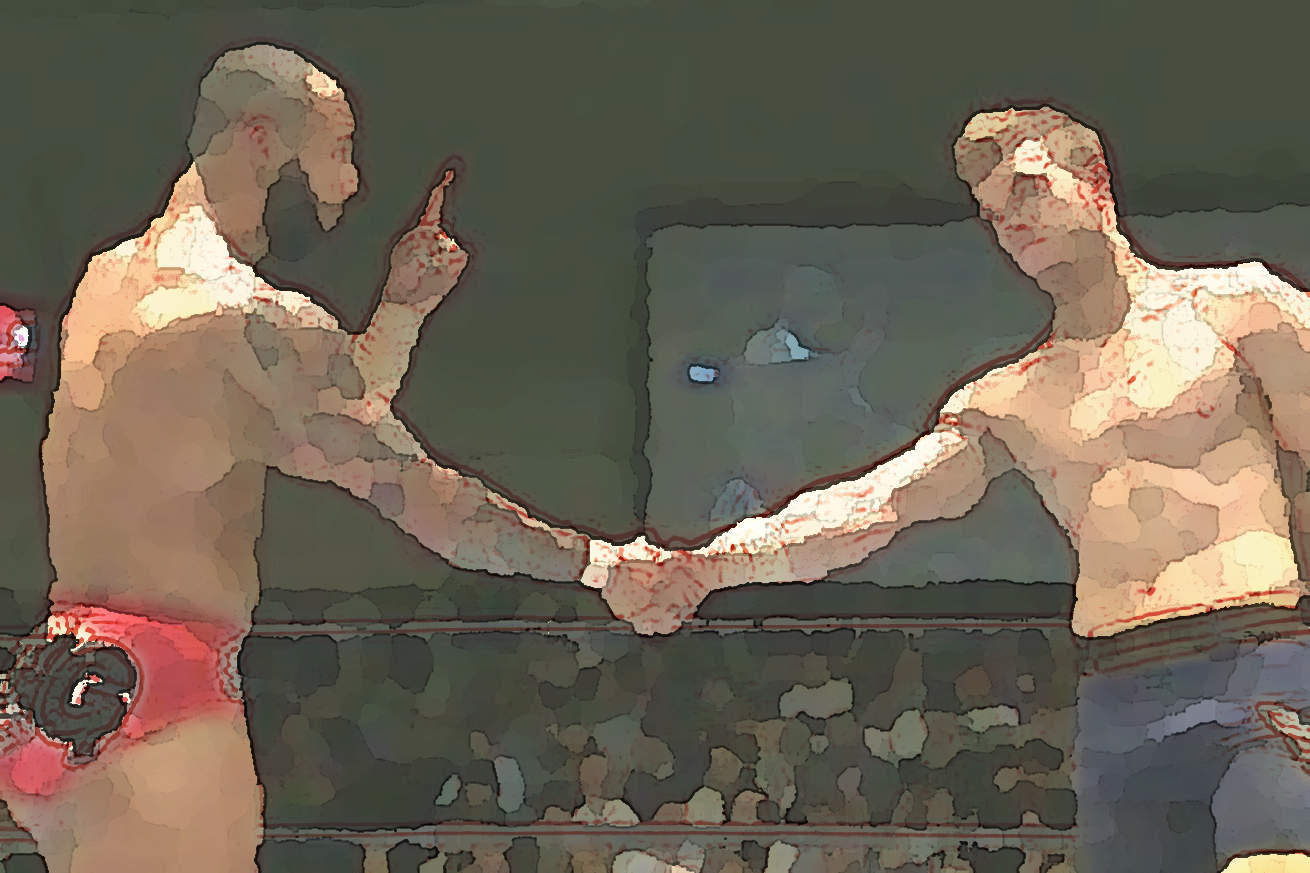 Instant classic or the end of wrestling as we know it? You decide.

So Will Osprey and Ricochet had this match one time. And the World lost it’s fucking mind.

Criticism of a match between high flyers Osprey and Ricochet in New Japan Pro Wrestling’s Best of Super Juniors tournament has caused a massive debate and divide between pro wrestling fans, writers, and even a legend or two.

The match, which took place on May 27th, was a dream match for many fans and seemed to be a joy for the crowd in attendance. If you’re familiar with either wrestler, you knew what to expect going in. The match featured many high spots, transitions, counters, no sells, kip ups, and combos that drive so called pro wrestling purists insane.

It was also a shitload of fun.

An example of this would be one spot where, after several counters, both wrestlers did simultaneous handsprings off the ropes, landing in the middle of the ring and posing like fucking anime superheroes returning to Earth after saving the goddamn Universe to a resounding cheer from the normally reserved New Japan audience.

In fact, the audience was uncharacteristically “marking out” all night long (ALL NIGHT!), with chants of “Holy shit!” and “This is awesome!” being chanted throughout the match. In the end, it was two guys giving it their all in their particular style of wrestling and putting on one hell of a show. Of course, people had to hate it. As I watched from my desk at work in Arizona, I could feel Jim Cornette’s hate radiating from several states away.

The negative comments started to roll in almost as instantly as the praise. The main criticism seemed to be how choreographed portions of the match were and how the duo didn’t really seem like they were fighting. One source, wrestling legend Big Van Vader, got more attention than most. He seemed…unimpressed.

This is a memorized gymnastic/dance rountine it saddenens me to see the direction wrestling is headed https://t.co/TvU9eTkBC0

Blantant acrobatics,no story,is there anything done in this video that relates to winning u could get 2 high school gymnast and put ona show

Based on his retweets, he echoes the thoughts and feelings of a large portion of the wrestling fan base that like a more traditional version of pro wrestling, and that’s fine. But it’s also fine to like what you want to like and watch what you want to watch without scrutiny.

Pro wrestling is arguably the best it has ever been. The current variety is such that no matter what your style or preference may be, there is a promotion or show that suits your taste and is available to you for a nominal fee. The stance that one match or one tag team or even one style is detrimental to the business itself is absurd.

The close minded attitude that wrestling should only fit into your personal definition of what it should be is equally absurd. Pro wrestling is like cinema, and the Leon Whites of the World are the type of people that want to tell you that action movies starring Charles Bronson are the only movies you should watch. Even though Death Wish 3 is pretty badass, there is still a whole world of comedies, dramas, musicals, and horror to explore.

This is a similar argument the Young Bucks have been dealing with for years, where people such as the aforementioned Jim Cornette feel their tendency to be “spot monkeys” are killing the business. Meanwhile, as many of you know, I once stepped over Johnny Gargano’s dead body to hand Nick Jackson a $20 for a t-shirt like a crying fangirl. To someone like me that argument is irrelevant.

I enjoy the Young Bucks because they are everything I want pro wrestling to be. Everything. They are a rock show personified. From the arrogance to the tassels to the Superkicks, I love every second of it. Yet I also understand how some people wouldn’t. There are things I too do not enjoy For instance, another scrutinized wrestler would be the king of sleaze, Joey Ryan, whose penis is more over than half of indy wrestling. His exploits have attracted mainstream attention worldwide, and yet I am not a fan. Shockingly, I am not a fan of Ryan defeating a ring full of wrestlers with the help of his extraordinary member, but I also do not feel like if he keeps doing his antics he’s going to destroy the industry. His cock isn’t THAT strong.

Even promotions such as the wildly entertaining Lucha Underground or the absolutely ridiculous Kaiju Big Battel receive similar criticism that what they do with their brand of entertainment is somehow harmful to pro wrestling. Let me tell you something…if you don’t pop for a can of Chicken Noodle Soup fighting a Steam Powered Tentacle Boulder, then there may be something wrong with you.

When it comes to wrestling, you can’t predict what people like. The business is fluid and ever changing. To not only discount this style of wrestling but to discredit it is a big mistake. Whether you want to believe it or not, this match is exactly what many fans want to see. It’s not to say we don’t also want to see Timothy Thatcher vs Drew Gulak in a technical, mat based grappling match. We want it all.

When I hear comments like Vader’s about matches like this harming the industry and making it smaller, I couldn’t disagree more. I think the business needs more of this. In fact, I’m reminded of a quote from a movie that most haven’t seen, Mo’ Better Blues. In the film, my man Shadow Henderson drops some knowledge in regards to the struggles of a failing blues club and the music they play.

And it really is as simple as that. If you play the shit they like, people will come.

Minutes with the Mayor Ep. 8: Dirtee Jesus
Podcast Episode 230: Too Sweet Me, Bro