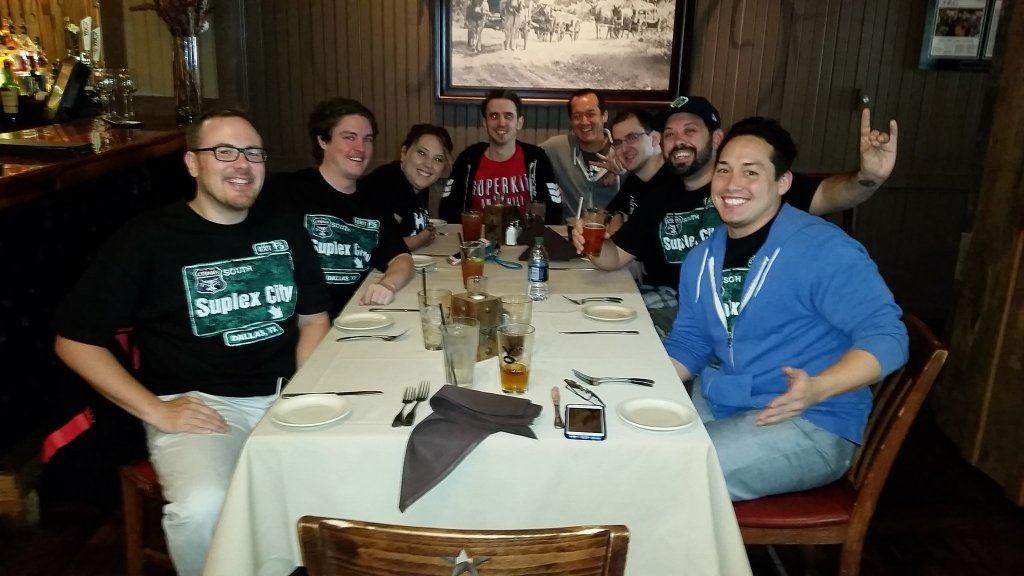 The Steel Cage Family in Dallas

We came. We saw. We chanted. From NXT to RAW after Mania, we cap off our weekend with an exhausted edition of the weekly podcast. We debate our feelings after another year of attending the big weekend, give our favorite moments, and revel in the drunk ‘Uces’, Josh & Danny, at their absolute best.