By Joshua Schlag on April 11, 2015 in Interviews, Podcast, The Steel Cage Podcast, WWE 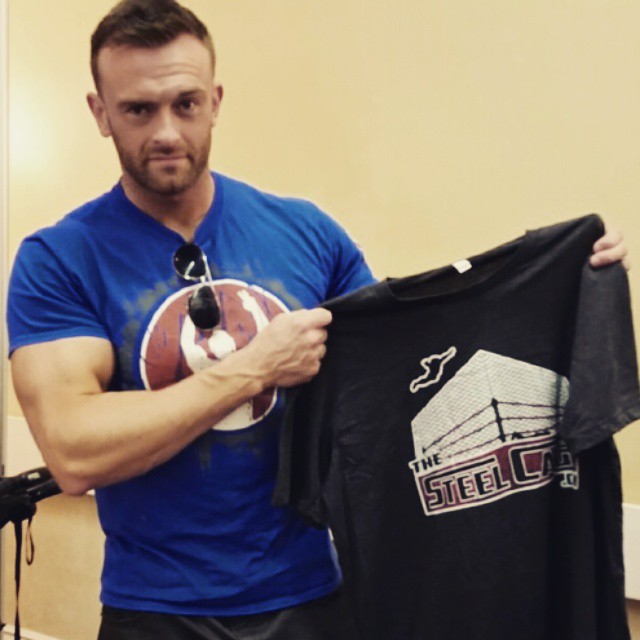 Magnus forgot to pack shirts. Now he had two for the weekend.

During WrestleMania weekend in San Jose, Magnus (@MagnusOfficial) took a moment away from all of the hustle and bustle at Wrestlecon to speak with our very Billi (@DirteeJesus). They discuss his journey from training with the Knight family in England (Paige’s family) to the British version of American Gladiators and his start with TNA Impact Wrestling. From there, they go in depth through his career so far with TNA – including a really cool story about Sting, being booked as the first champion from the United Kingdom, controversy over his title run and heel turn, his relationships with Rockstar Spud and Bram… and much more.

Mind the background noise a bit – you may hear Mickie James and their baby, Colt Cabana, Marty Derosa, ACH, and various other convention noises. Overall, it’s pretty easy to follow along and I think you’ll really enjoy the conversation!