WWE SandowMetrics – Looking at Wins and Losses of 2012

By Joshua Schlag on December 31, 2012 in Commentary 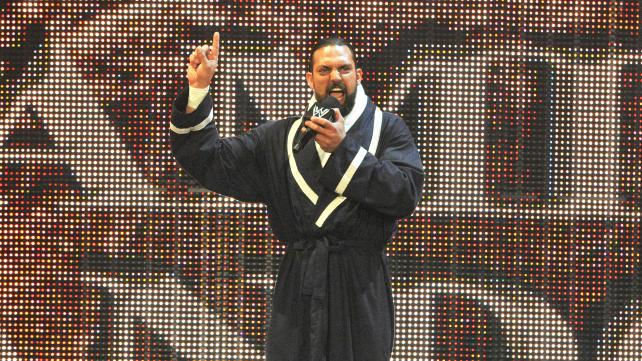 From the Rhodes Scholars Institute of Numerical Analysis

As the year comes to a close, many are writing recaps of all that has gone down – we’ll be doing plenty of that in our podcast this week. To provide you with another distraction as we head into the new year, I’ve took the time to do a bit of analysis with W/L data from 2012. The results aren’t terribly surprising, but there are some interesting bits of information.

In each of the below graphs, simply hover over, or click, to view the represented wrestler / team.

It’s no surprise that Sheamus has the most wins, as he held the World Heavyweight Championship for most of 2012. It’s also not surprising that Ryback is in second place, as he is yet to lose a singles match and has left a trail of jobbers in his wake. The third most wins, though, seems to come out of left field – Kofi Kingston. I suppose he did have a couple title reigns, both as Tag Team Champion and Intercontinental Champion – the problem most likely being that they just weren’t terribly memorable reigns. Kofi is a talented guy, but he’s got to do something to catch our attention better – and calling himself “The Wildcat” isn’t going to cut it. Rounding out the top winners is Daniel Bryan and Brodus Clay. Daniel Bryan works about as much as Sheamus, but has a lot more losses on his belt – he’s been putting guys over as the tag team division has been rebuilt in the second half of the year. Brodus Clay, if you’ll remember, had a bit of a run as a monster – not unlike Ryback. He’s fallen out of grace a bit as of late, though – which is why that one might seem surprising at first.

To mention winning percentages before I move on to the losers of the year – there truly isn’t anything surprising with the top three – Ryback, Sheamus, and Brodus Clay.

One of the hardest working losers of the year would have to be Heath Slater – coming in with a respectable number of wins, but an abysmally low winning percentage. No doubt, his run of legends beating him up to and including SummerSlam, had plenty to do with it. Rounding out the worst of the worst – JTG – with a single televised win in 2012 – it’s a wonder the guy is still employed. Not too far from him are Yoshi Tatsu and Ezekiel Jackson – not particularly great company – and I’m honestly not sure if Big Zeke is even with the company anymore. Of these guys, Slater probably has the most upside in the new year – mostly because of his upstart tag team with McIntyre and Mahal.

Speaking of 3MB, they stand at a perfect 7-0 in tag team competition. Why aren’t these guys #1 contenders, or at least being talked about – with a record like that? The Usos stand out with the most wins, but a less than stellar winning percentage. They’ve certainly been putting in their time, which could mean big things for them in 2013. I’d be surprised if they didn’t get a title run at some point, though it would have to be a bit down the road as there is plenty of competition again in the tag ranks. More likely to get a shot sooner than later is the Prime Time Players – who are in a very similar position. Kofi and R-Truth and Team Hell No (Team Friendship) are about the most well rounded between wins and win percentage, which speaks to those two teams being the primary title holders throughout the year. The Rhodes Scholars can be seen rising to their ranks on this chart, and they’re the current #1 contenders – expect them to take the titles soon.