A Love Letter to Lucha Underground

By David Valencia on April 30, 2020 in Lucha Underground

To whom it may concern,

For me as a blossoming wrestling fan, 2014 will be remembered as the year of the Lucha Libre uprising, and Lucha Underground is the promotion and television show that really incited my love of Lucha Libre. It also was my introduction to Independent Wrestling. Vampiro used to always say, “This is Lucha Underground, and the doors are open to anyone.” I accepted that invitation and was introduced to some of the most
prolific professional wrestlers in the entire world. Pro wrestlers like Pentagon Junior, Fenix, Matt Cross,
Ricochet and more. It was good to see old friends like Chavo Guerrero, Konnan, and Johnny Mundo aka
Johnny Whatever Show He Is On.

Now, to be completely transparent, I got into Lucha Underground a little late. I forget who put me on to it, but I think it was Mega Ran. He inspired me to get back into wrestling, so I am thinking he may have also
provided the suggestion to watch LU. I started watching it midway through season 2, and the show was different than anything I had ever watched before. I was hooked and made it a point to watch LU before NXT or anything else. I would describe it to people who were unfamiliar with it as a gritty telenovela with supernatural and science fiction storylines. It was reminiscent of a grindhouse Lucha Libre movie. The cinematic video packages captured my attention, and the commentary by Matt Stryker and Vampiro would commit my investment into each storyline.

After watching The Boneyard and The Firefly Fun House matches from WWE’s WrestleMania 36, I was
reminded of the impact of LU. Re-watching this pro wrestling masterpiece in the midst of the COVID-19 pandemic is the ‘good feeling’ I needed in my life right now. When it comes to athleticism, storytelling, and entertainment, LU provided all of that and more. Appreciation for story, wonder, and of course, pro-wrestling. The Boneyard match, the Firefly Fun House match, and Lucha Underground all share similarities of when it comes to cinematic production and storytelling.  All three provided a new and wonderful way to entertain the audience, and at the end of the day isn’t that the essence of pro-wrestling? Would another wrestling show/promotion with over the top production do well in the current landscape of pro-wrestling? I would love to see it considering the limitations of a modern day world amidst a global pandemic and new normals in social distancing. Comic books coming to life, dramas that captivate and awe the human spirit, and great pro-wrestling to suspend disbelief.

Until that day or promotion comes, let’s re-watch Lucha Underground and enjoy it for the groundbreaking entertainment it provided.

Thank you for coming to my Ted Talk,
David Valencia aka The Neoecks (@theneoecks) 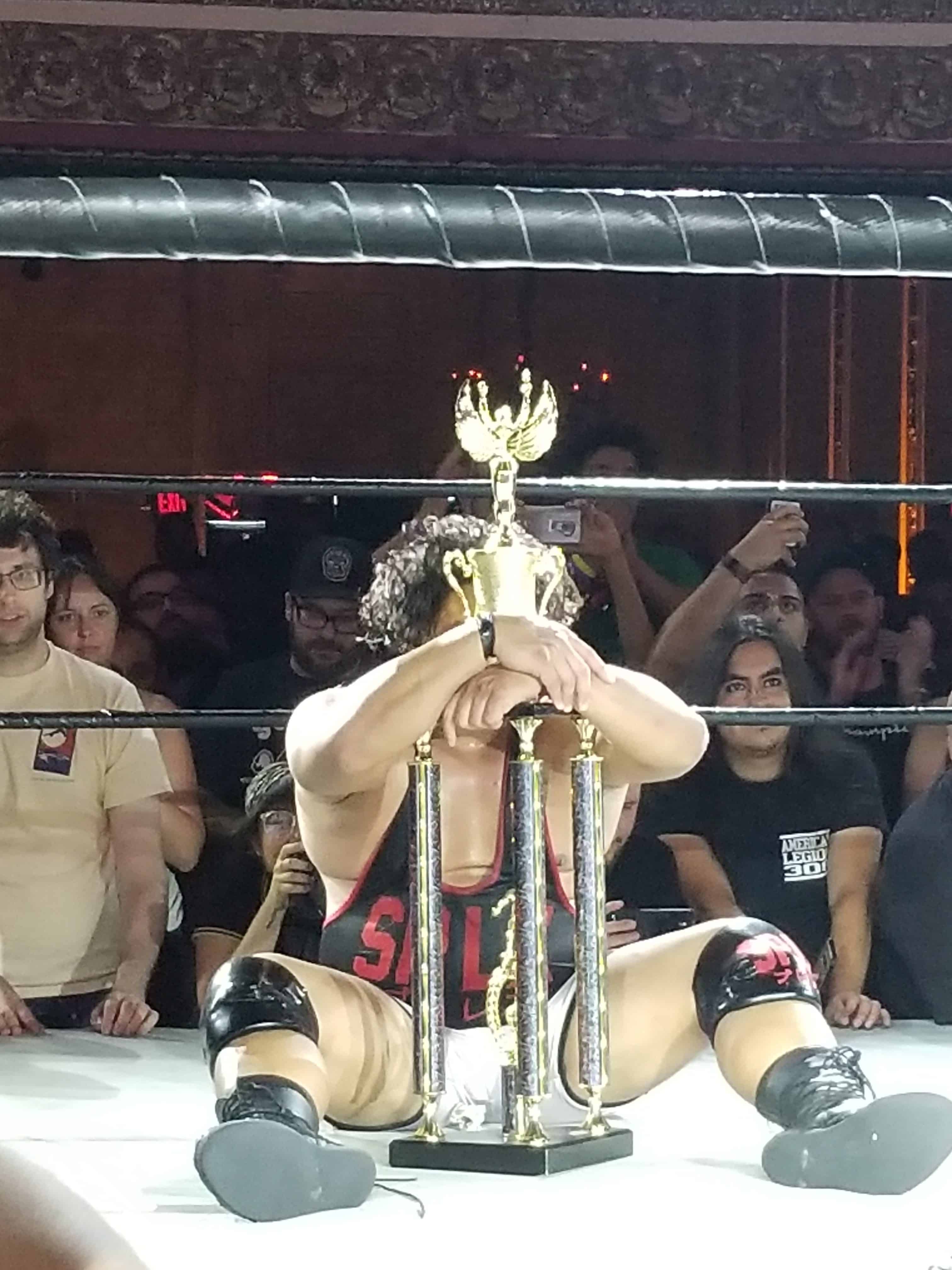 After sharing tales of both traveling and botches (POOR WRESTLER B!), Captain Jack (@JackHeartless) and Chris (@BrasilianFury) break it down to the brass tacks, past the Bismarck dance and the cabbage patch…

They came.  They saw.  They went to BOLA.

With no less than 8(!) must-see contests, breakout performances from Ilja Dragunov, Puma King, Robbie Eagles, T-Hawk, Darby Allin, and a BIG reminder that Shingo Takagi is still a beast, this was the best Battle of Los Angeles to date, and the crew will not hesitate to tell you why. 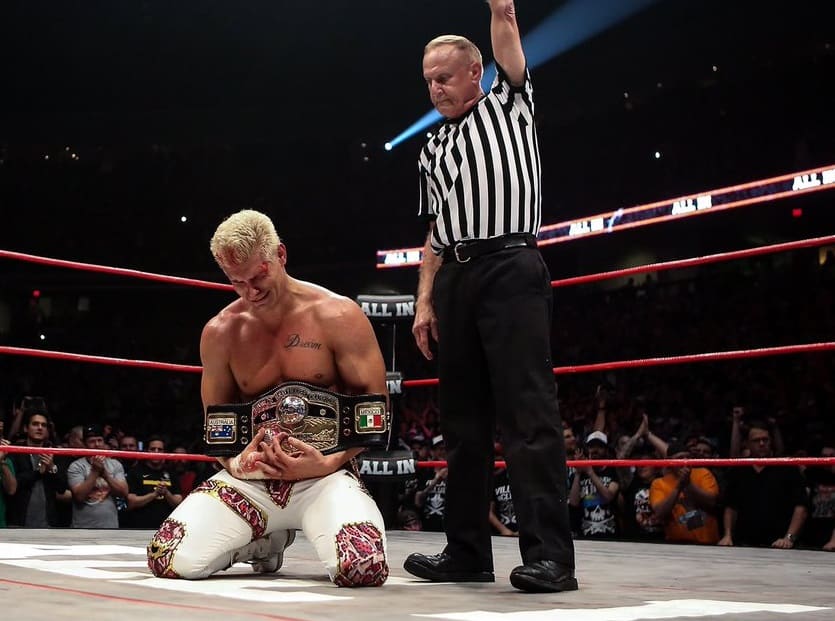 ALL IN finally happened… and it. Was. Awesome.

While Captain Jack (@JackHeartless) watched it on FITE, the crew from The Strap podcast (@TheStrap) were there LIVE and in living color! Sarah (@TheSarahVanB) stops by to compare live notes, both for the big event and for Starrcast, and discuss the fallout.  Highlights include murdered Joeys, dick druids, Pharoah being the BEST BOY, Kenny vs Penta, a lightning round of a main event, and a Rhodes, wearing the crimson mask, as NWA World’s Heavyweight Champion once more.


CJAE 57: How I Spent My Wrestling Vacation! 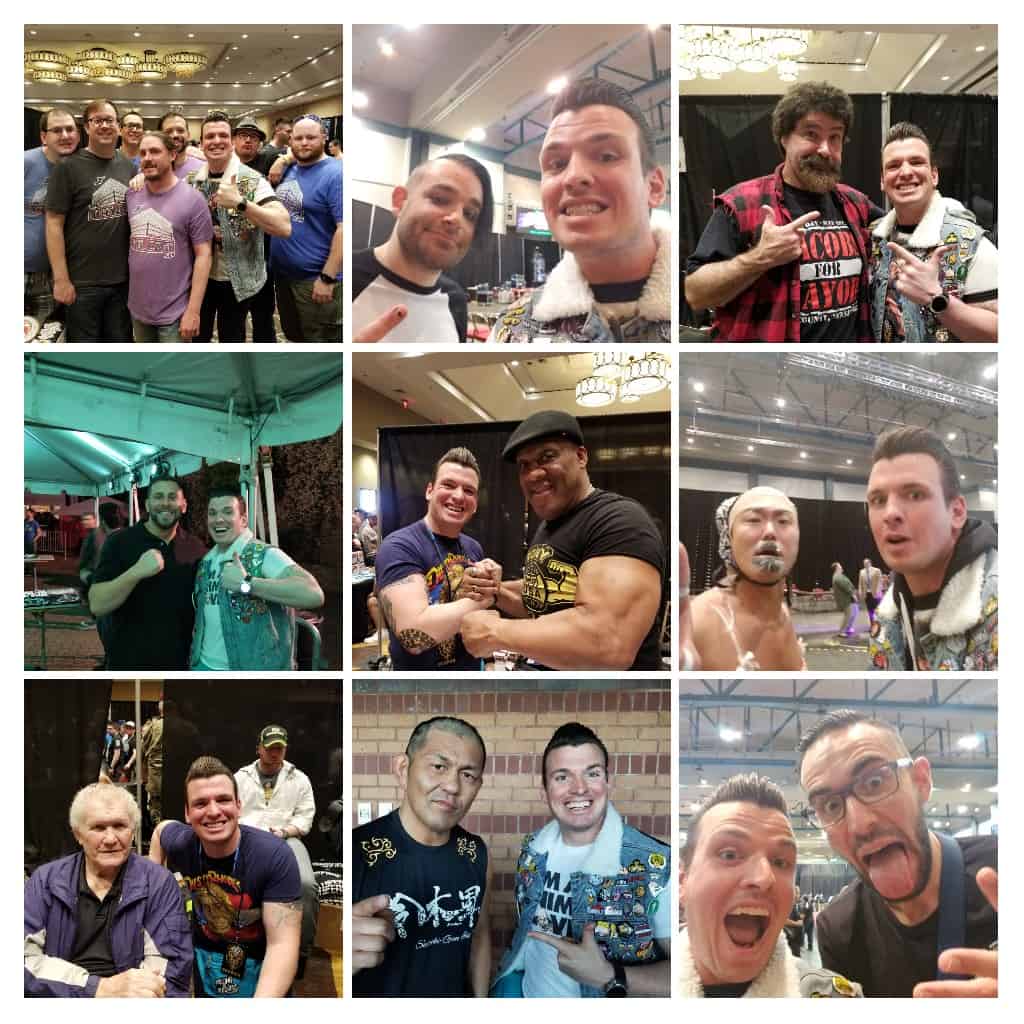 Fresh off a successful #Indymania trip to New Orleans, Captain Jack Heartless (@JackHeartless) is back in Los Angeles!

This week he, along with travel buddy and True Wrestling Fables (@WrestlingFables) host Jonathan Bowles (@jonathanbowles), stops to reflect and break down a wild trip that involved 10 indy shows in 3 days, 2 cannonball runs through WrestleCon, copious amounts of coffee, and a plethora of amazing memories and people. 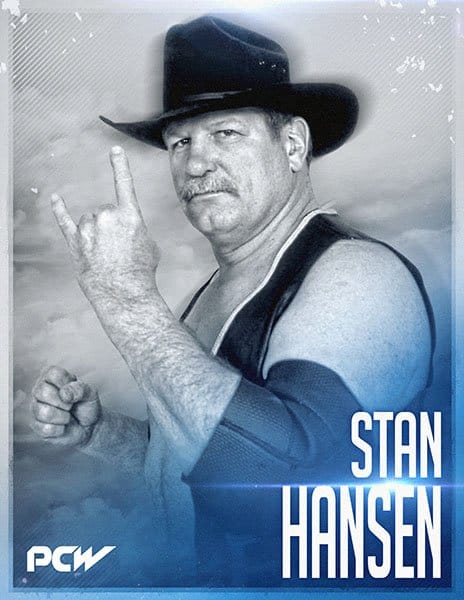 This week, Captain Jack (@JackHeartless) is joined by @ShakeThemRopes co-host Jeff Hawkins (@Crapgame13) as they talk about the great independent shows that transpired in southern California back on December 1st.  While Jeff attended a stellar outing from the ladies of RISE (@RISEdtwa), Jack was across town at PCW ULTRA (@PCWULTRA).  They provide a full rundown of both shows, including meeting Stan Hansen, incurring the wrath of Madusa, a cage match in an American Legion hall, old-school heat, torn Lucha masks, fireballs, and the imminent arrival of THE GREAT MUTA next month!!