By Derek Montilla on November 28, 2019 in Derek and Tim Eat Snacks, Podcast 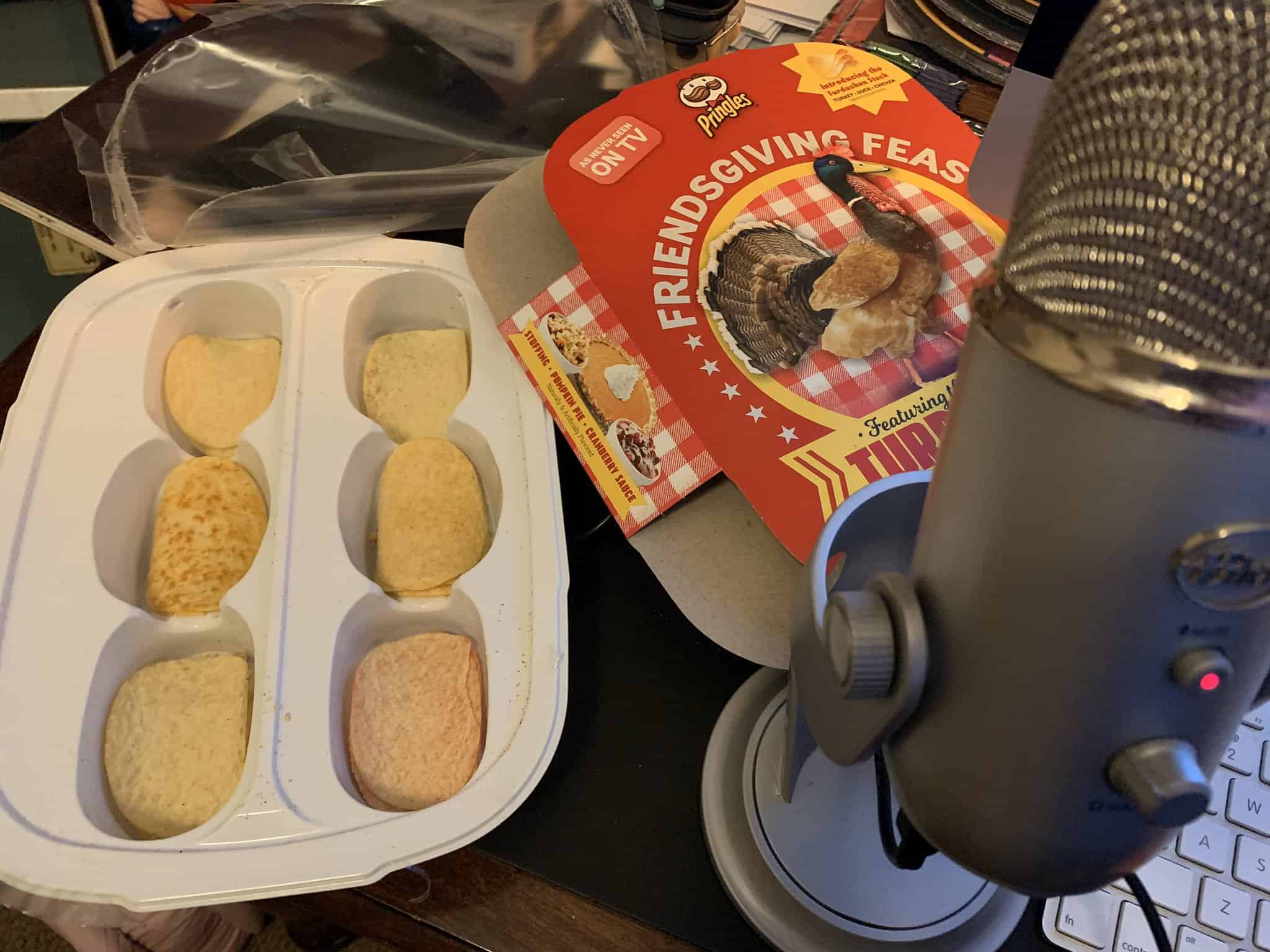 This week on the DATEScast, Tim and Derek are thankful for a lot of things during this time of the year. They’re thankful for good friends, even ol’ “Triceratops Penis” Jared, and good snacks. But they’re most thankful for the adventure this podcast has taken them on, including the adventure of trying to obtain this week’s very elusive snack. After three years of failing to wake up on time, our snackologists are finally picking, eating, and rating Pringles Friendsgiving Feast featuring the majestic Turducken made of potato chips. Six flavors in all, including turkey, chicken, duck, stuffing, cranberry sauce, and last but certainly not least…pumpkin pie. Whether you’re a viewer or a listening, we’re most thankful for you.